Hedge funds have the largest exposure to the dollar in four years. Their returns over the past month have been highly correlated to moves in the buck. They also have a near-record inverse correlation to gold, which has preceded reversals in the metal the few other times they were so heavily inverted. 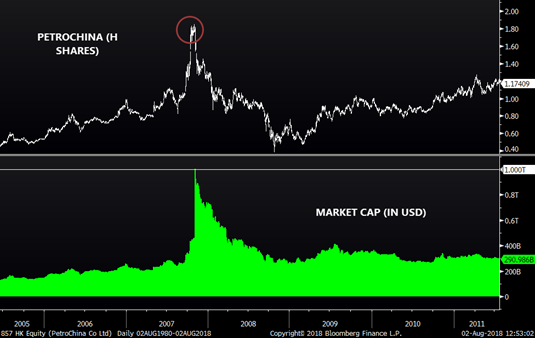 Consumers feel better about the present than the future to a near-record degree. 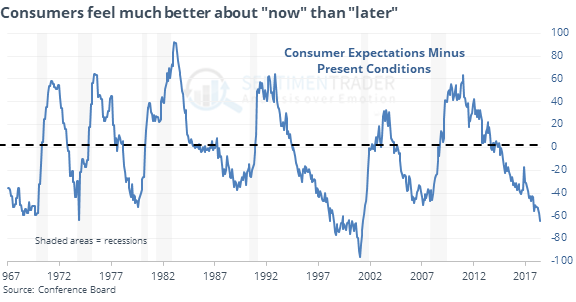 When this spread has started to reverse, stocks struggled, especially Tech.

For the second time in a month, the S&P 500 fund, SPY, gapped down at the open below the prior two days’ lows, then reversed to close above those days’ highs. Since 1993, it has happened 14 times.

The post titled Hedge Funds Exposed To Dollar While Consumers' Optimism Time-Shifts was originally published as on SentimenTrader.com on 2018-08-03.