Health care stocks were some of the biggest beneficiaries of Wednesday's post-election relief rally. As a sector, they outperformed even highflying tech shares.

As a result, more than 30% of them broke out to fresh 52-week highs, among the biggest thrusts in years. 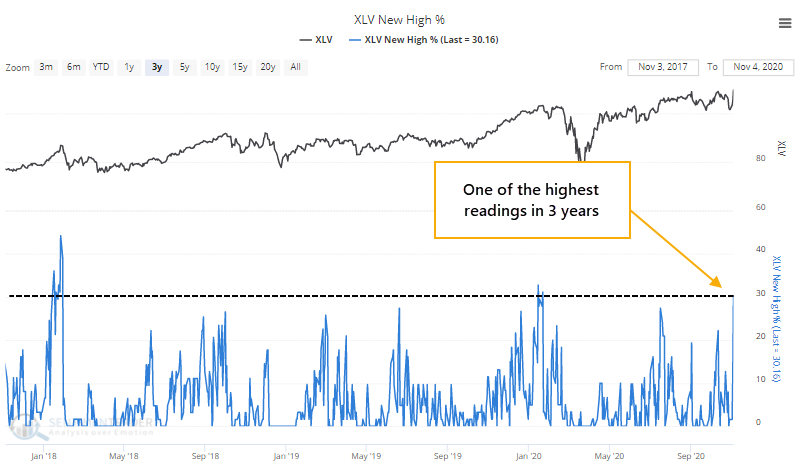 With some sectors, a surge in new highs tends to be a good sign of positive momentum, with consistently positive forward returns. Those tend to be higher-beta sectors. In more defensive sectors, we typically see weaker returns in the shorter-term after big thrusts. That was modestly the case for health care.

One of the relatively odd aspects of the surge in new highs is that there wasn't a concurrent surge in the percentage of them that also moved above their 200-day moving averages. Even after Wednesday's jump, fewer than 80% of them were in long-term uptrends. When that happens, the sector fared worse in the shorter-term.

1. Not much sign of FOMO among bitcoin traders - Coinbase 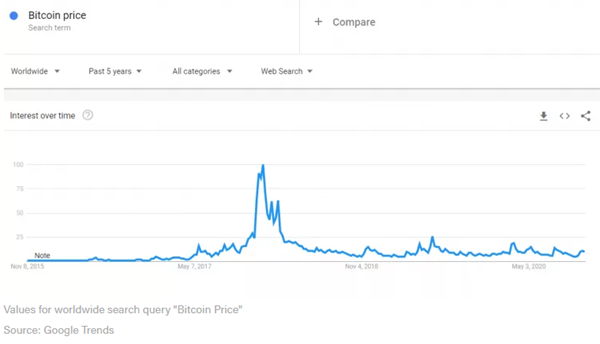 2. Even though it has the highest risk-adjusted return of any market - Coindesk 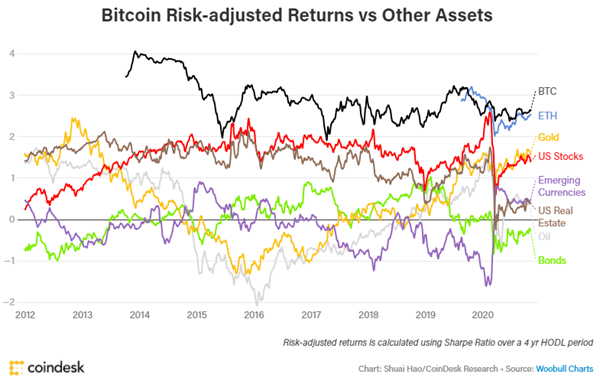 3. It's also rallying with smaller daily gains, not usually the sign of a euphoric market - Bloomberg 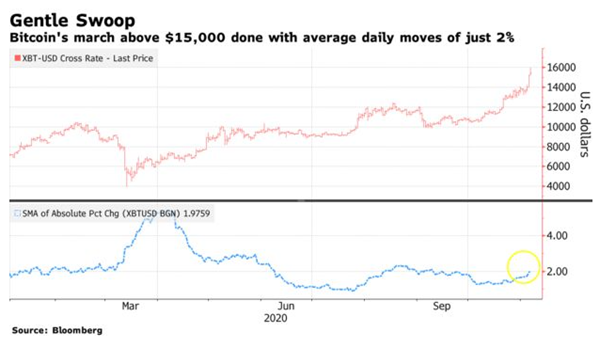 The post titled Health care stocks haven't done this since January was originally published as on SentimenTrader.com on 2020-11-06.