Half Of Nasdaq Stocks Are In Bear Markets

Big tech stocks dominating the Nasdaq 100 have driven that index to more than a 5% gain over and above the broader Nasdaq Composite over the past year. That’s the widest spread in years. Similar bouts of big-tech dominance preceded some short-term weakness but that’s about it.

A bigger potential concern is that while those two indexes are hitting new highs, many stocks within them are not.

This has preceded some trouble in the past. Over the past 15 years, there was a total of 53 dates when the Composite closed at a 52-week high but more than 50% of stocks were in bear markets and more than 65% in corrections. Returns over the next 3 months were well below random for the Nasdaq and (especially) the S&P 500.

After a meltdown in late-2018, the U.S. stock market has trended higher without a correction from 2019-present. At its worst, the S&P fell -7% in mid-2019. For now at least it seems that the S&P's drawdowns have become shallower and shallower. 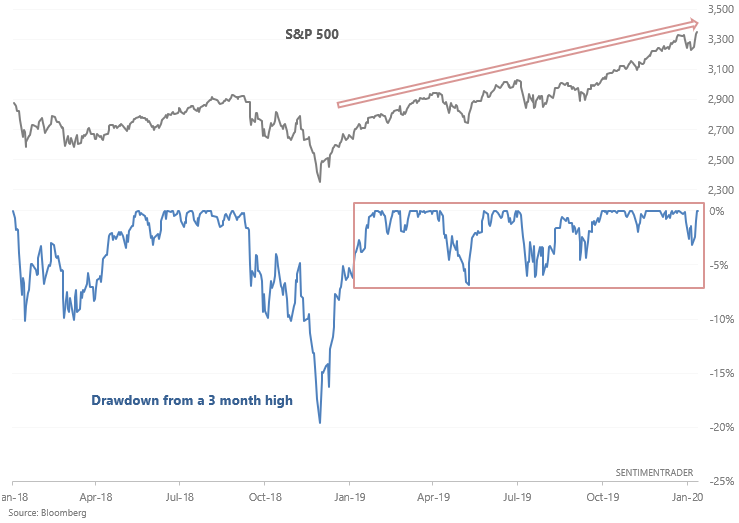 How long can this continue?

To date, the S&P has gone more than a year without a greater than -7% drawdown from a 3 month high. While it went more than 3 years without doing so (!) in the early 1990s, the current streak ranks among the largest since 1928.

By the time it lasted this long, the S&P was typically ready for some rest, sporting a poor risk/reward ratio over the next three months. 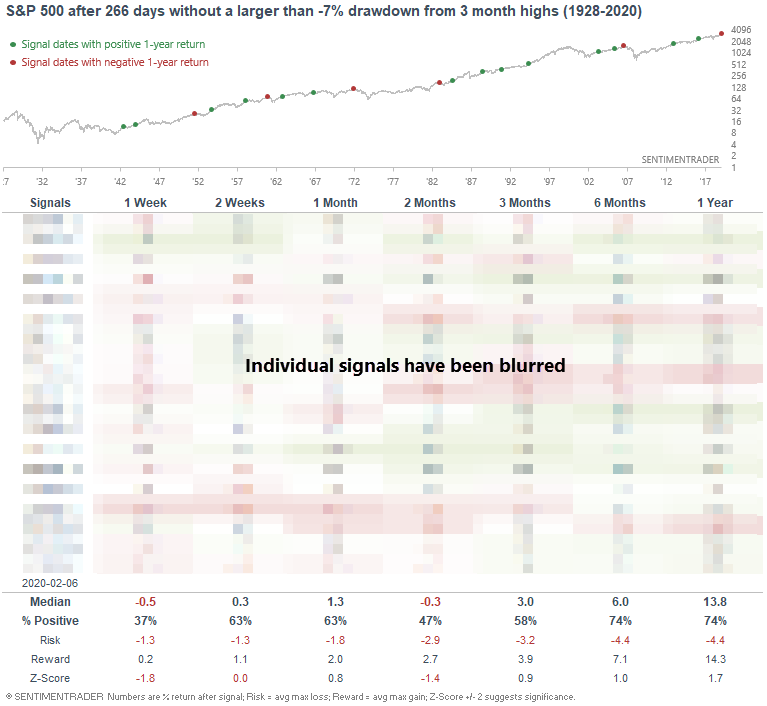 The post titled Half Of Nasdaq Stocks Are In Bear Markets was originally published as on SentimenTrader.com on 2020-02-07.