ETF traders have consistently poured money into gold funds, even during Thursday’s big drop, which was a “shocking” decline.

It started to fall just as economic surprises in the U.S. have turned positive. Sentiment on the metal is the highest since 2011 as it enters a shaky seasonal window. 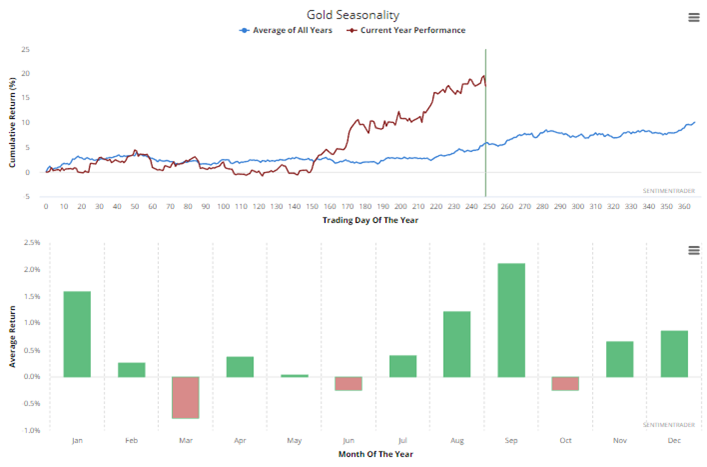 Even with the late losses this week, gold has had a heck of a run

Those mostly saw some weakness over the next couple of months, but all rallied longer-term.

There was a spike in stocks in the S&P 500 that broke out of their ranges and hit 1-month highs late this week, while fewer than 15% of them have managed to hit a 52-week high.

Based on the sectors that have been leading this charge, we should see a rise in stocks hitting new highs, as future returns were consistently positive after those signals with the highest sector correlation to now.

The 3-Year Min/Max Screen shows that smart money hedgers have established a new multi-year extreme in exposure to copper, while shorting gold and Eurodollars. 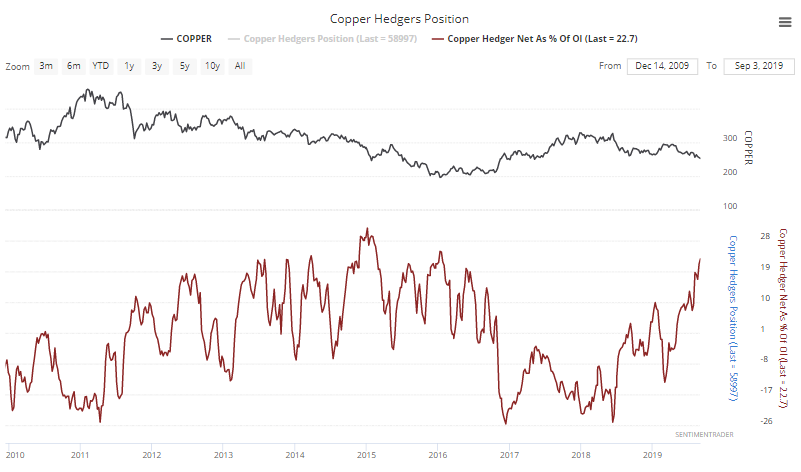 Here is our Macro Index, which aggregates 11 leading indicators. Overall, there is no significant U.S. economic deterioration right now. What will happen to macro in the future? I don't know. Instead of predicting the future, macro tells us how to react and trade day-by-day depending on what's happening right now. 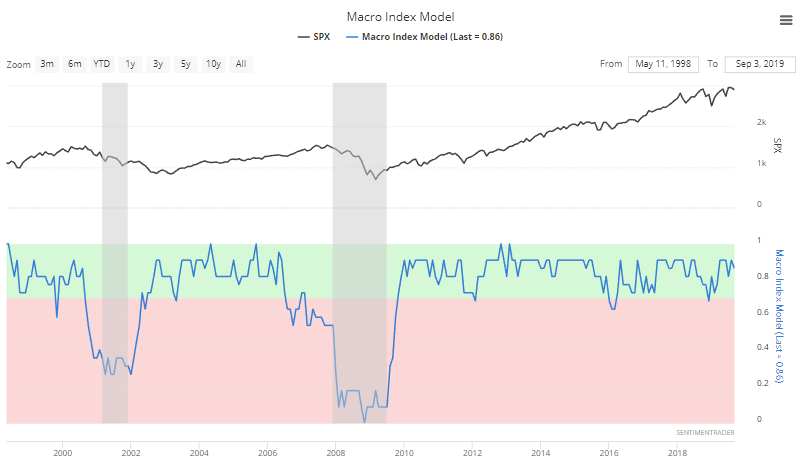 The main weak points in U.S. macro revolve around trade, manufacturing, and the yield curve. Housing and financial conditions are semi-weak, but there has yet to be significant deterioration.

The post titled Gold's Shocking Drop was originally published as on SentimenTrader.com on 2019-09-09.