The Dow Jones Industrial Average is about to enjoy a "golden cross", when the 50-day average crosses above the 200-day average. We've looked at this in various markets over the years, typically with the conclusion that it's mostly useless.

First, returns when there was a Golden Cross with a rising 200-day average: 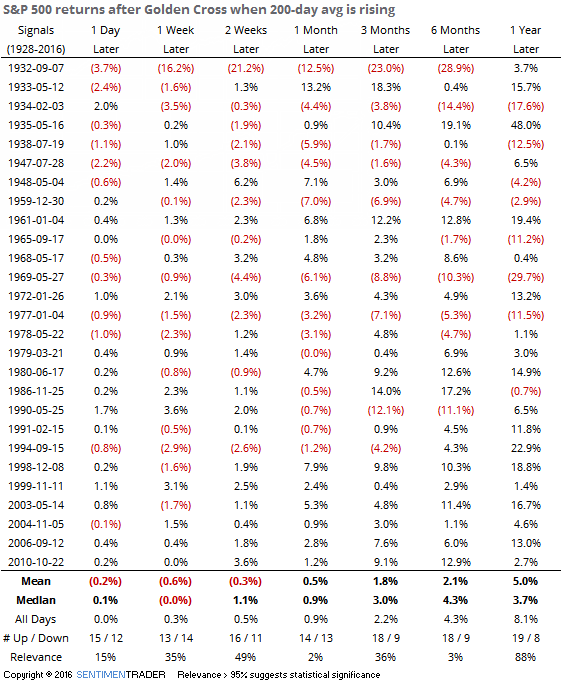 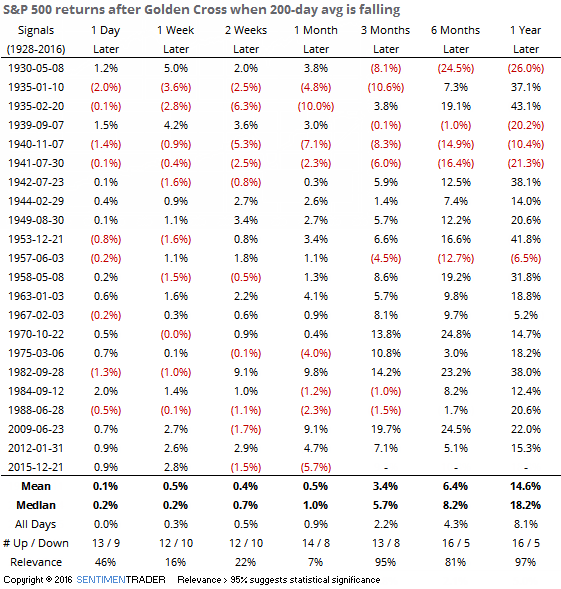 Per usual, conventional wisdom was wrong, or at least horribly inconsistent. Longer-term returns were actually better after a Golden Cross when the 200-day average was falling than when it was rising.

The post titled Golden Cross With A Rising 200-Day Average was originally published as on SentimenTrader.com on 2016-04-19.