Lately, gold has been holding up and gold mining stocks have been rocketing higher. At the same time, financials have been barely holding water. Relative to the S&P 500 index, the NYSE Arca Gold Miners index has made consistent new highs, while the S&P 500 Financials index has been mired near its lows. 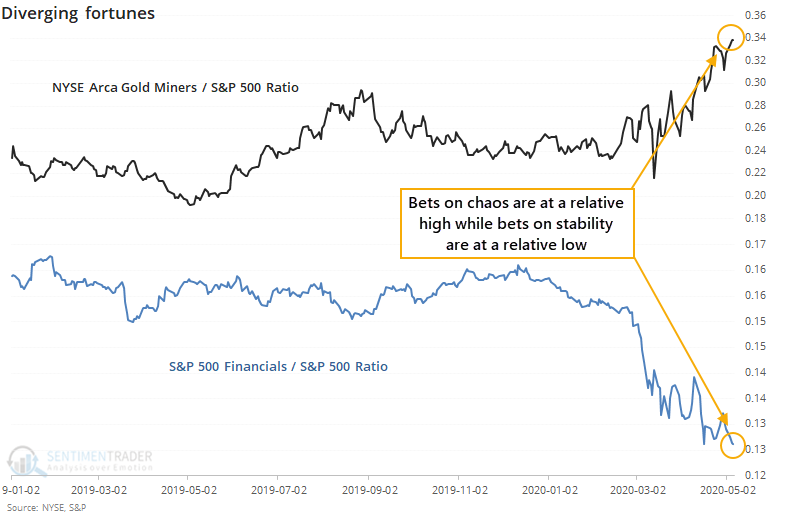 This does not seem like an auspicious setup for the broader market. Bets on gold mining stocks are commonly taken as a bet on general chaos, while bets on financials are a bet on economic growth and stability. The fact that the former is at a new and the latter is at a low seems troubling.

Like a lot of things market-related that sound good in theory, there is maybe a shred of truth in it but overall it's not a consistent factor. When the ratio of gold miners to the S&P was within 0.5% of a 52-week high and financials to the S&P within 0.5% of a 52-week low, it was a major warning in late 2007 - early 2008, but after that, not so much.

Financials fared worse than the overall market, and gold miners worse still, at least longer-term, since most of the signals triggered in the past decade.

The post titled Gold miners take off while financials sink was originally published as on SentimenTrader.com on 2020-05-07.