Gold hasn't done this for a decade

The smallest of options traders continue to protect themselves against a market decline to an unusually heavy degree. Last week, they spent nearly a billion dollars on hedges, the most ever for a week when the S&P 500 was within 2.5% of a 52-week high. 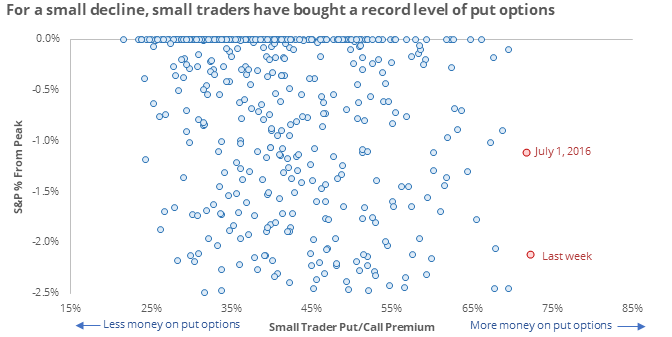 This kind of apprehension from this group of traders has been a consistently good sign for stocks over the medium- to long-term.

For the first time in more than four months, gold fell below its 50-day moving average, ending its 8th-longest streak above that average. Since 1975, few other time periods were able to match this kind of medium-term momentum.

It also comes relatively soon after gold had reached a 52-week high. Similar action led to further short-term selling, but long-term gains. It also managed to rise for 4 quarters in a row. 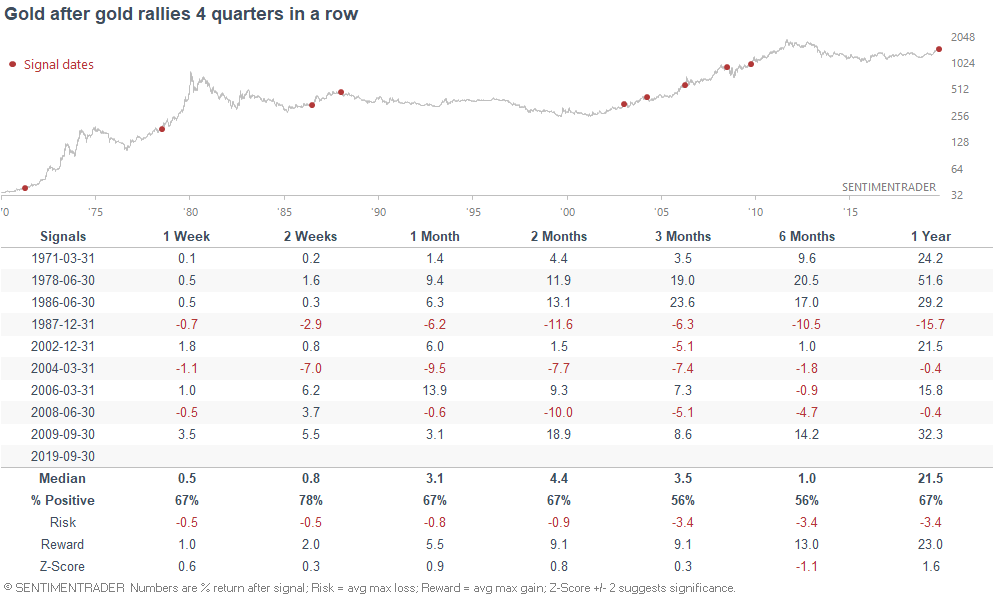 The post titled Gold hasn't done this for a decade was originally published as on SentimenTrader.com on 2019-10-01.