Gold Has Only Done This 4 Other Times

Stocks down, bonds up 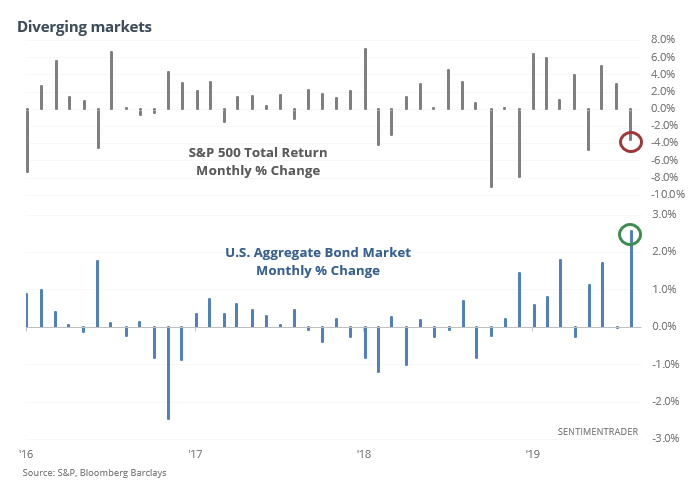 There is some evidence that leads to a rebalancing of asset allocations in the short-term, but longer-term did not have a consistent impact.

Regardless of what happens the next few days, longer-term it didn’t seem to have much of an impact. The S&P did tend to rebound in the first couple of weeks of the following month, while bonds underperformed a little bit.

ETF traders have fled funds that favor rapid-fire traders and leveraged long positions, while they piled into funds that focus on low volatility, and havens like gold and government bonds.

Other times the flow was this extreme, stocks rallied as traders’ fears proved to be overblown. There was some further selling after a big surge in haven flows in February 2018, but other than that, not much red in the table of past occurrences.

The weekly Relative Strength Index (RSI) for gold has moved above 85. If that holds through the end of the week, it will mark only the 5th such week since 1975. All four of the others saw gold sell off over the next 2-3 months. 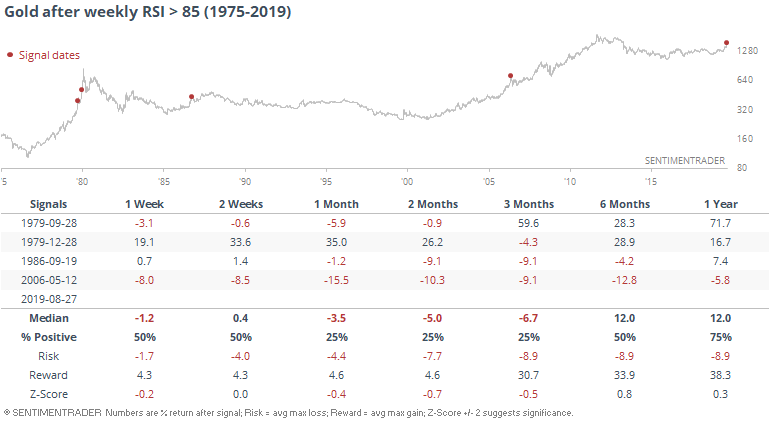 Our proxy of the CNN Fear & Greed model has been low for a month. The 20-day average just crossed below 30, despite the S&P 500 holding above its 200-day average. According to this test, that has led to a rebound over the next month 13 out of 16 times and two of those losses were for less than 1%. 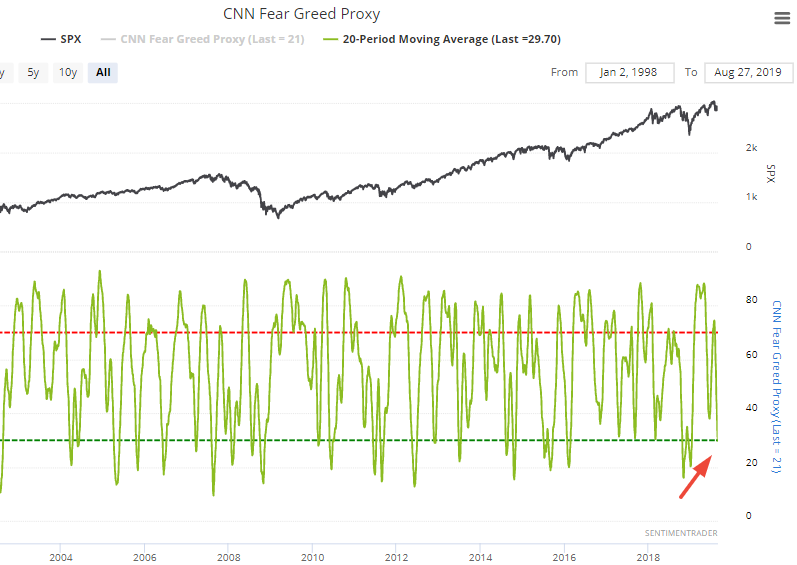 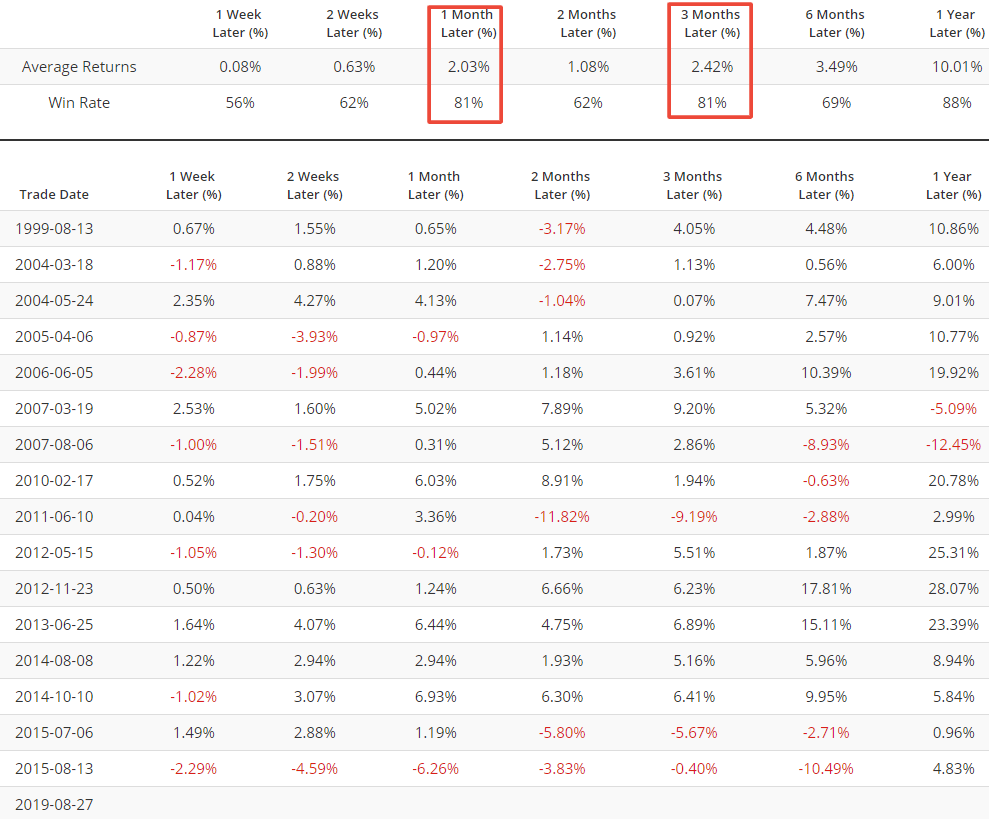 The post titled Gold Has Only Done This 4 Other Times was originally published as on SentimenTrader.com on 2019-08-29.