Gold hasn't done anything for more than a month. It gets derided as a "pet rock" because it has limited use for most investors, doesn't have any earnings, and doesn't pay any interest. For the past 30 days, it's lived up to its name.

Since peaking on August 6, gold has gone into consolidation mode. It hasn't set a 30-day high OR a 30-day low in 30 sessions now. 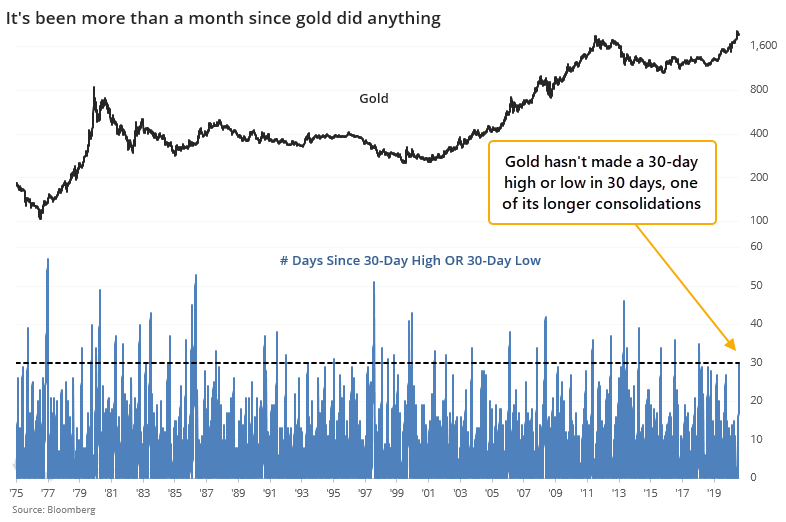 This is what's commonly referred to as a "triangle pattern" because, well, it looks like a triangle.

Instead of subjectively eyeballing chart patterns, when we go back to 1975 and look for every time when gold hit a 52-week high, then formed some version of the triangle pattern, its forward returns were mostly positive, with a caveat.

Because gold had been doing well, miners have been as well. Over the past 20 days, an average of more than 97% of gold mining stocks have held above their 200-day moving averages. That's among the best performances in nearly 30 years. The problem for the miners is they've never really been able to sustain this kind of momentum according to our Backtest Engine.

The post titled Gold has affirmed its 'pet rock' status over the past 30 days was originally published as on SentimenTrader.com on 2020-09-21.