A new bull market has begun.

At least, that's the take from the latest results of the monthly Global Fund Manager Survey conducted by Bank of America. The survey of more than 200 asset managers, with nearly $650 billion under management, reflects views through September 10.

Since a new bull market has begun and technology stocks are leading the charge, it makes sense that the managers are the most overweight that sector. 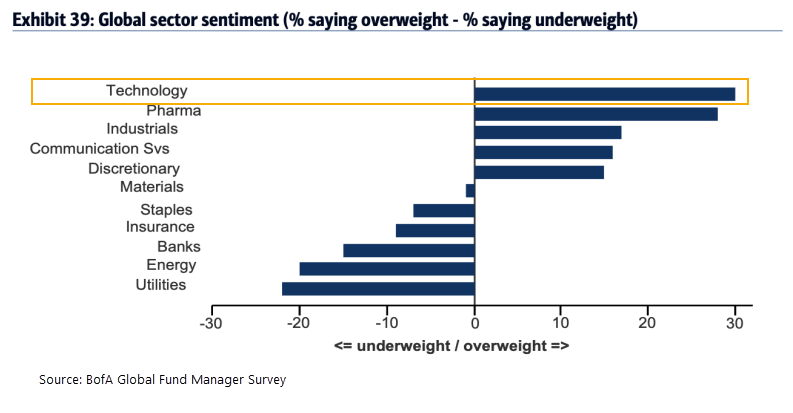 And yet despite being the most overweight in that sector, the managers also believe it's the most crowded trade. They're heavily overweight, more than any other sector or asset...and so is everyone else.

According to Michael Hartnett, Chief Investment Strategist at BofA Securities, if you're long technology stocks in the U.S. then you're a part of the most “crowded trade” of all-time.

We go back to 2013 and look at the most crowded trade for every month, then look at that asset's (or sector's) returns over the next 1, 3, 6, and 12 months. While fund managers might have their pulse on what's crowded, that hasn't necessarily translated to future returns.