Foreign investors have started to come back to U.S. stocks after a year of net selling, as we saw earlier this week.

Economic surprises are turning up, which is mostly a good thing for stocks. Among those surprises, the best are in “hard” economic reports as opposed to “soft” ones like consumer surveys.

When hard economic data surprises to the degree it has recently, it has been a good sign for stocks, not so much for the dollar.

The 3-Year Min/Max Screen shows that “smart money” hedgers continued to build their already-extreme long exposure to sugar. They’re holding more than 15% of open interest net long for the first time since 2004. They covered a little silver, sold a little gold, and their total metal holdings is still near a record short exposure.

After such a whippy market in August, September has seen 6 sessions within 10 days closing within 0.1% of the prior day’s close. They say “never short a dull market”, and Troy shows that the S&P did consistently rise going forward, especially over the next three months. 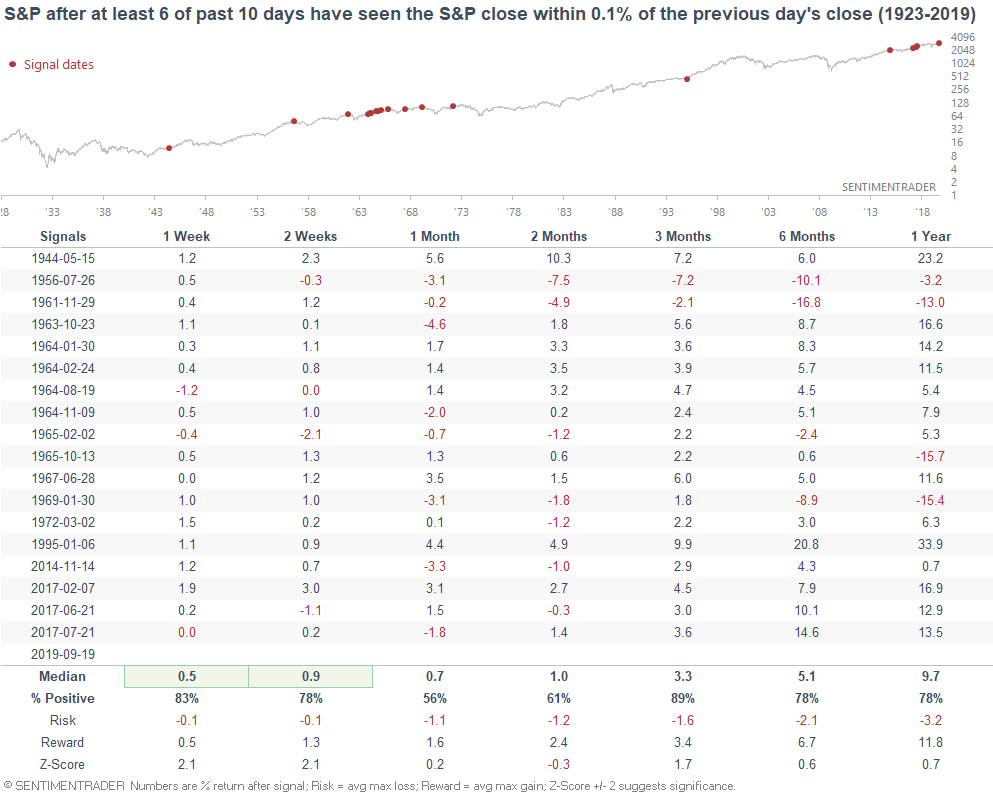 The post titled Foreigners Flood In As Hard Economic Data Rebounds was originally published as on SentimenTrader.com on 2019-09-23.