Financial stocks have done this only 3 other times

Financials have been on a heckuva run. So much so that more than half of them hit a 52-week high on Thursday.

Stocks like KeyCorp, Progressive, and Capital One have surged in recent weeks after a brief consolidation. Even with a breather on Friday, more Financials hit 52-week highs than stocks in any other major sector. 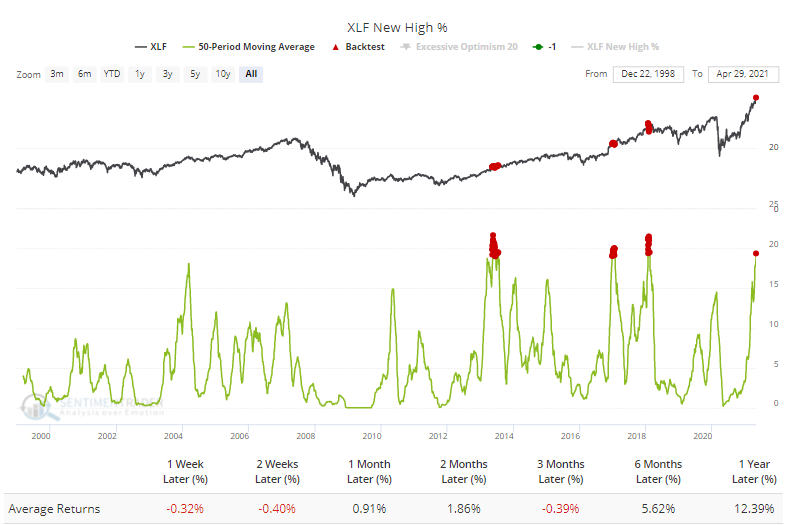 Our Backtest Engine shows that there were 3 other distinct times in the past 20 years when financials went on a run like this, with nearly 20% of Financials hitting a 52-week high on an average day over 50 sessions.

Even when looking at lesser extremes in this 50-day average of new highs in XLF, the fund struggled to show sustained gains over the next several months.

The post titled Financial stocks have done this only 3 other times was originally published as on SentimenTrader.com on 2021-05-03.