Fears Of A Volatility Regime Change

The S&P 500 futures have gone almost 2 months without a 1% drop, even as the VIX "fear gauge" has jumped.

The S&P 500 futures had enjoyed a very long period of calm, going almost 2 months without even a 1% intraday dip. That ended on Monday (and continued Tuesday). Over the past 20 years, there haven’t been a lot of streaks that lasted longer than the one just ended.

The fact that the streak lasted as long as it did means there was some upside momentum, and as we so often see, displays of extreme momentum typically do not lead to immediate and sustained reversals. Most of the time, the futures continued to gain in the months ahead.

While there are still lingering concerns given the recent bout of extreme optimism and technical warning signs, this bursting of the calm conditions hasn’t added to the reasons to be worried.

Vexed by the VIX

The VIX "fear gauge" jumped as the stock market fell over the past few days. 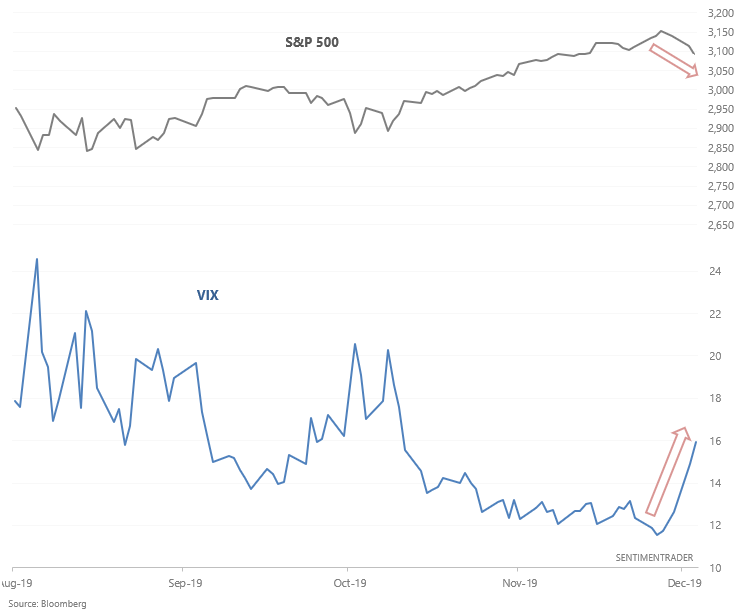 During these types of events, it's tempting to jump on the bandwagon in hopes that VIX will spike even more. And while it does work from time to time, there are more failed VIX spikes that successful volmageddons.

The following table demonstrates every case in which VIX spiked more than 38% in 4 days, and what it did next. 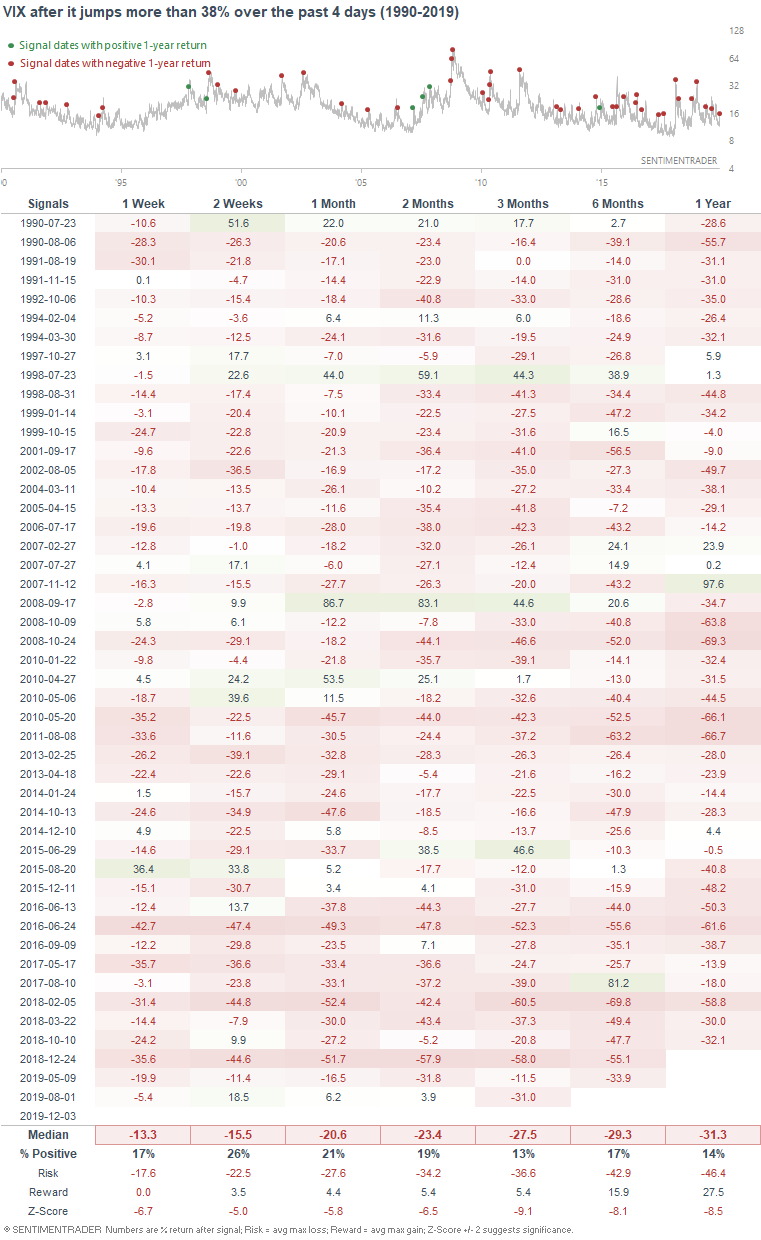 It was extremely rare to see the VIX even higher over the next 2-3 months.

The post titled Fears Of A Volatility Regime Change was originally published as on SentimenTrader.com on 2019-12-04.