Before some modest after buying interest, the most important index in the world triggered a failed bounce. 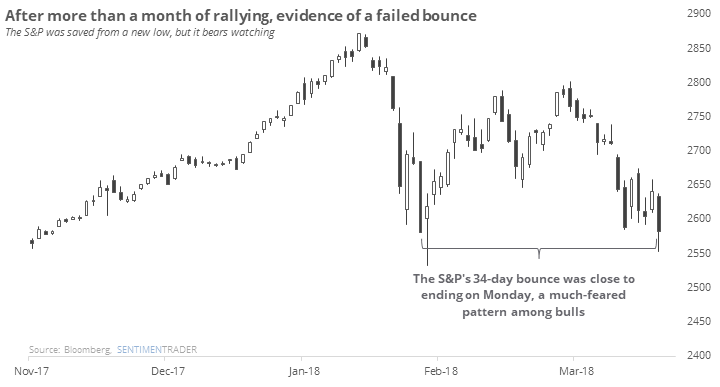 That’s one of the most feared patterns for bulls because it shows a complete lack of buying interest. The S&P did suffer below-average returns after other failed bounces, but it wasn’t a complete disaster.

The S&P 500 finally broke its streak of days above its 200-day average and did so with extreme prejudice. Monday’s violation of the long-term average was one of the heavier selling days that ended prior streaks.

Every stock in the Nasdaq 100 index lost value on Monday. In the past 22 years, only 10 other days have seen such one-sided selling pressure.

Last week, options traders spent their most volume on buying put options since October 2015, leading to a rise in the Equity Hedging Index. 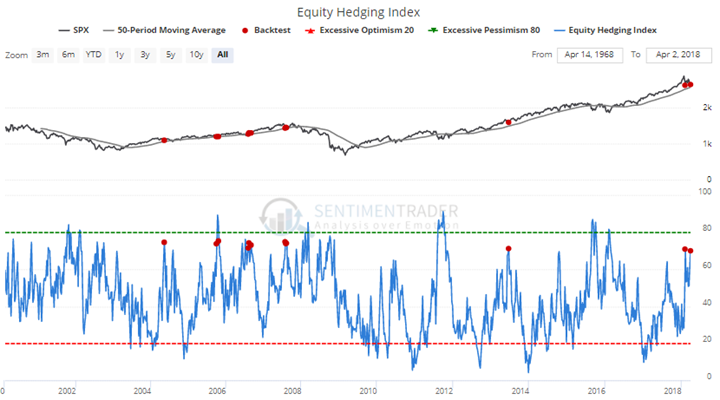 Even during the last two bear markets, such heavy put buying led to decent returns over the next 1-2 months.

For the past week, an average of only 6% of stocks in the Dow Industrials have traded above their 50-day moving averages.

The post titled Failed Bounce And Put Purchases was originally published as on SentimenTrader.com on 2018-04-03.