Earlier this fall, we saw that the energy sector had become the most-hated of all time and firms were cutting workers and dividends, before there were finally some signs of an uptick.

Many of these stocks staged a furious rally then spent recent weeks digesting those gains. Even so, it's been enough of a change in trend that the S&P 500 Energy Sector's 50-day moving average is oh-so-close to crossing above the 200-day average. It would be the first time in more than 2 years. 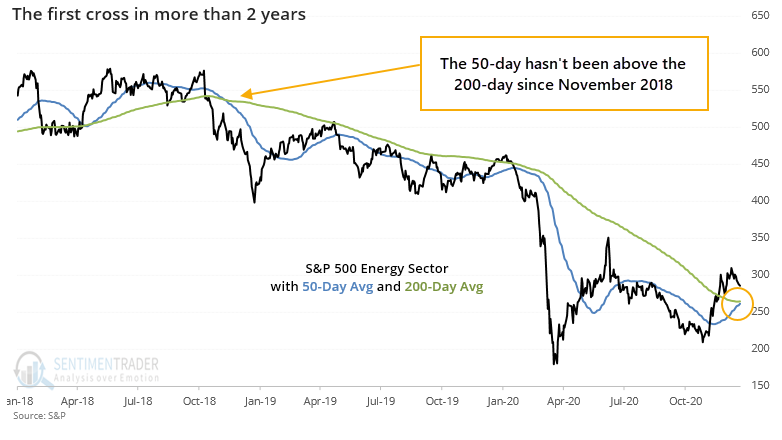 When this finally does cross, it will end the 2nd-longest streak of being in a downtrend since 1926.

When we look at long-term returns after the ends of such long streaks, there were further gains every time during the next 1-2 years, even if it was a volatile path to get there.

1. At times of minimum risk aversion, investors will buy into stories. Stories like those told by the ARK family of funds, a master at using buzzwords ("ARK believes innovation is key to growth. We aim to capture long-term growth and capital appreciation created by disruptive innovation."). And investors cannot get enough, with trading activity a jaw-dropping levels. [Eric Balchunas] 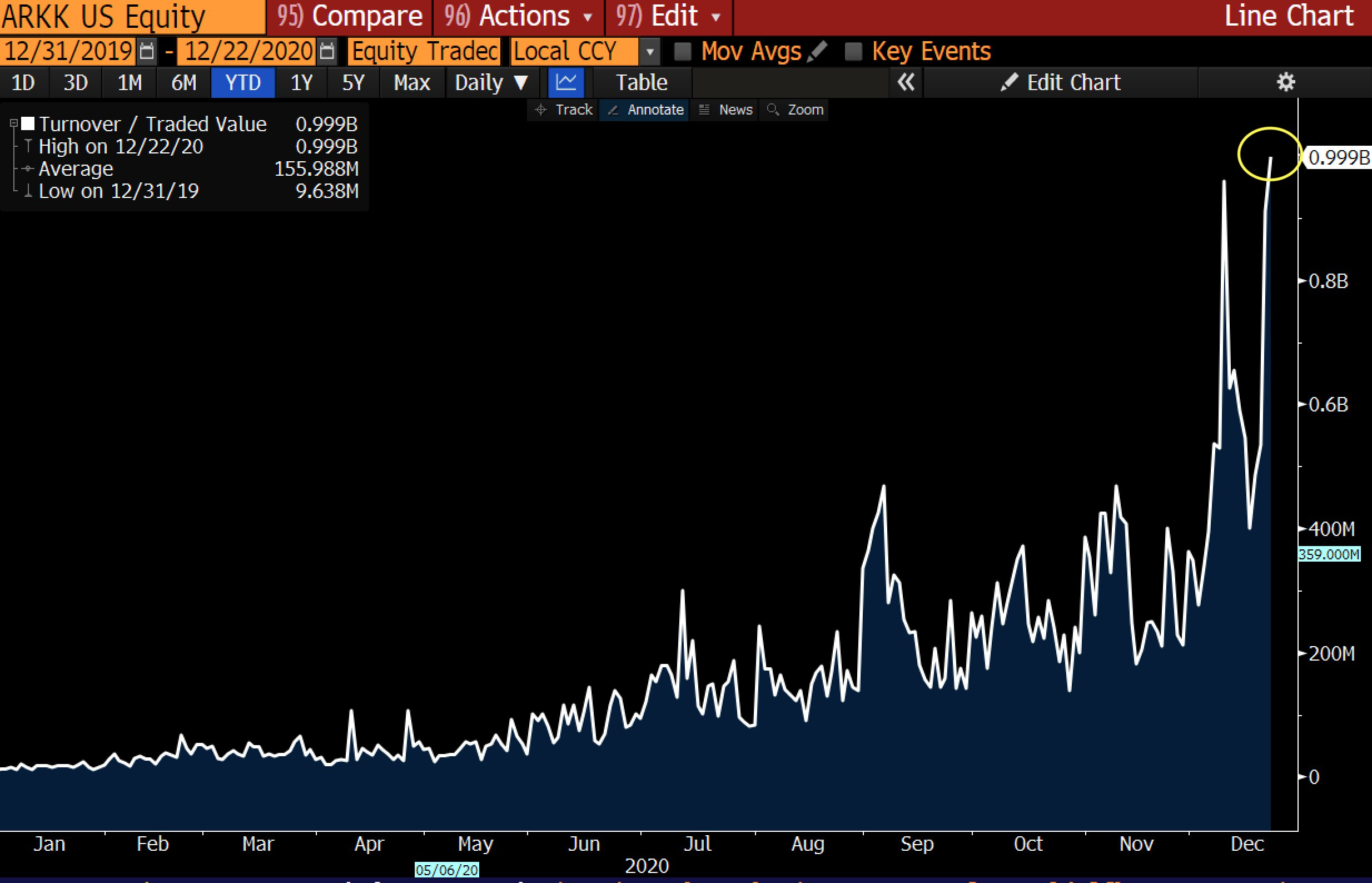 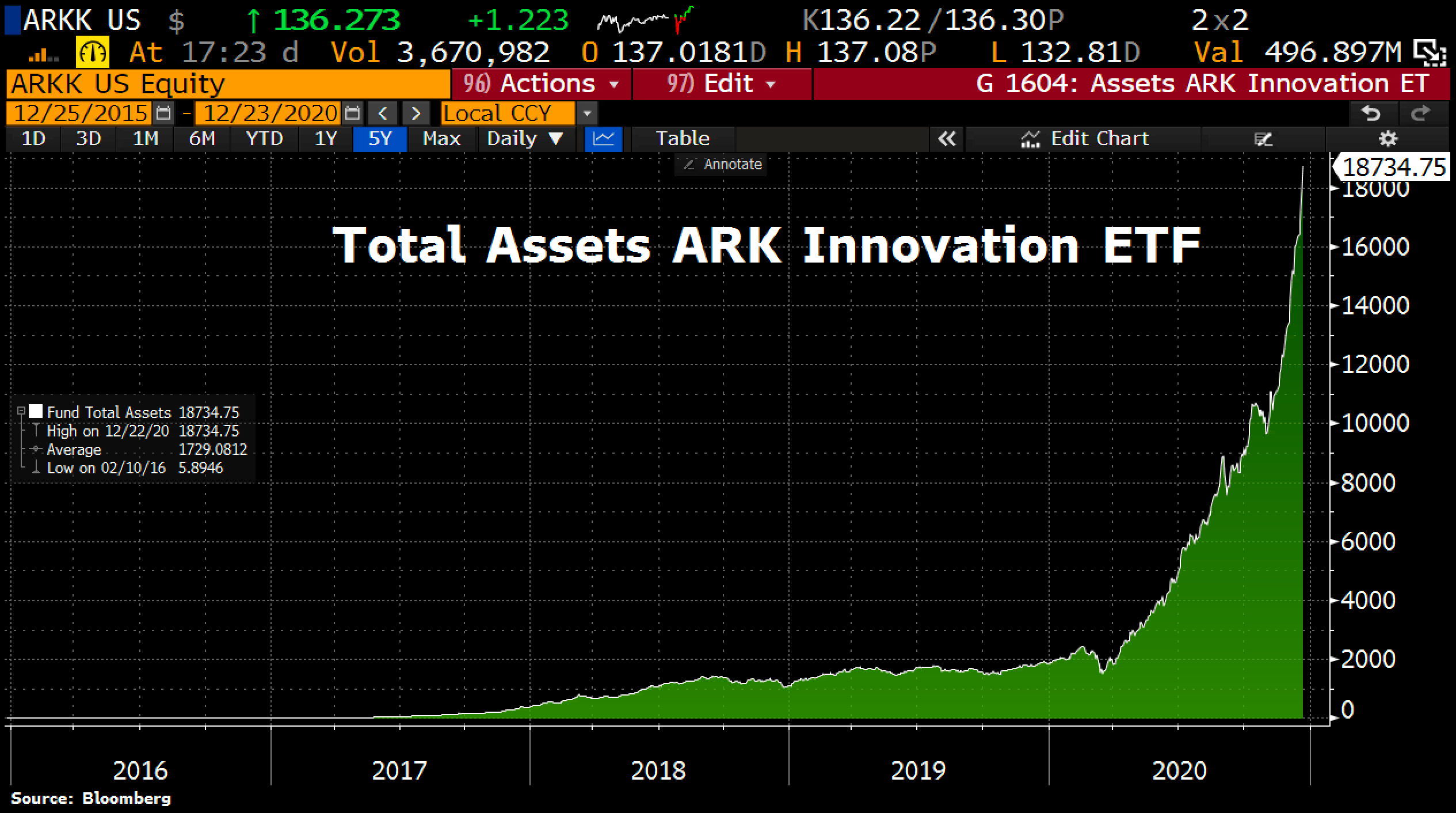 3. The rush into the funds are so mad that the company is now ranking among the largest in the industry. [Nate Geraci] 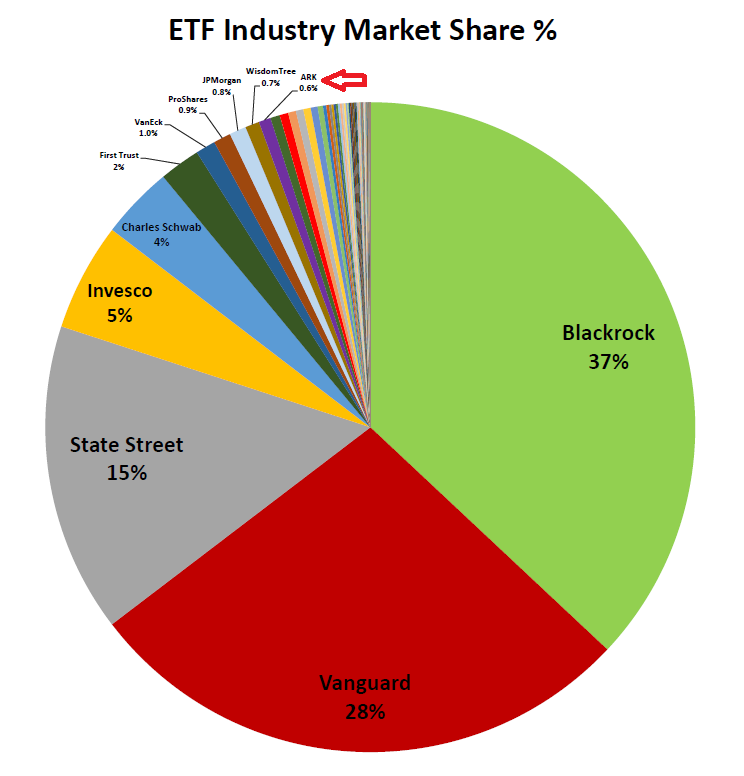 The post titled Energy stocks trying to turn golden was originally published as on SentimenTrader.com on 2020-12-24.