Dollar is no bug for gold

The dollar has a big impact on the price of gold, with a rising dollar being a headwind to rising gold prices. But not lately.

Over the past 3 months, gold has managed to rise along with the buck. The rolling 3-month correlation in their daily price moves has traditionally hung in negative territory, especially since 2002. Now, it has climbed to the highest since 2016.

Over the short- to medium-term, it was a better sign for the dollar than it was for gold (or the euro or commodities). A month after similar rises in correlation, gold averaged a return of only -0.9% while the dollar averaged a gain of nearly 1%. Stocks tended to hold up well, if we can assign any meaning to that.

Coding a trading strategy in 10 minutes

A lot of what we're focused on at SentimenTrader is giving users tools and information to sort through what is unfortunately a hype-filled industry. Much of what we're taught as investors and read in the media is either not helpful or outright deceptive.

So, we spend a lot of time doing "myth busting" types of analysis, since sometimes it's just as useful to know what doesn't work as what does (and even then, nothing is perfect). We have a custom Backtest Engine that allows any user to test virtually ever indicator we track, but sometimes you might want to do something more in-depth.

In those cases, using something like Excel can work. It's often quicker and more flexible, though, to program a model using code. In this video, we show how you can go from zero programming experience to coding a simple model for the S&P 500. 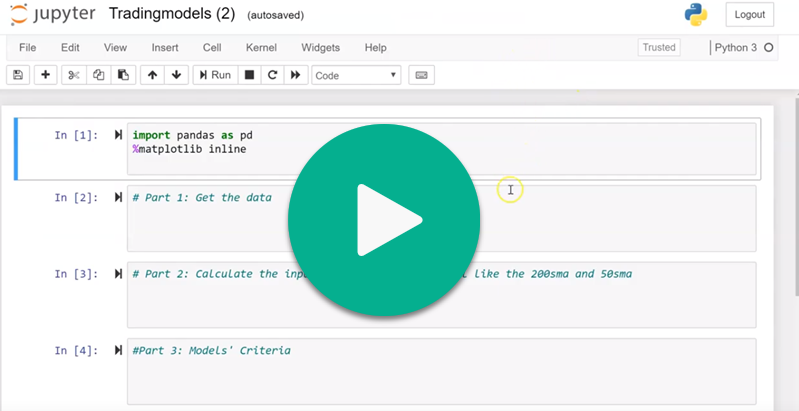 As noted above, the U.S. Dollar Index continues to trend higher, pushing its 14 day RSI to the highest level since mid-2018: 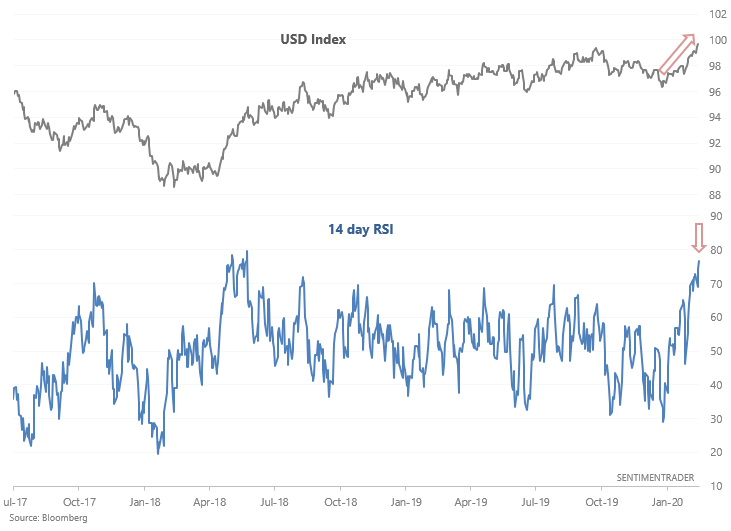 As is usually the case, high momentum can be interpreted in 2 ways:

When the USD Index was at a 1 year high while RSI exceeded 76 in the past, the USD's returns over the next month were quite bullish. Momentum doesn't die that easily.

However, returns over the next 2 months were weak, particularly if we exclude the many cases during the 1981-1985 USD bull market.

The post titled Dollar momentum isn't stopping gold was originally published as on SentimenTrader.com on 2020-02-20.