Despite the big rally, it's hard to see who's buying

The latest survey of individual investors from the fine folks at the American Association of Individual Investors (AAII) showed a big drop in optimism. It's not just that one survey - several others are also showing tepid sentiment at best.

Our Backtest Engine shows that following any week when the Bull Ratio (Bulls / (Bulls + Bears)) was below 32%, forward returns in the S&P 500 were consistently positive. 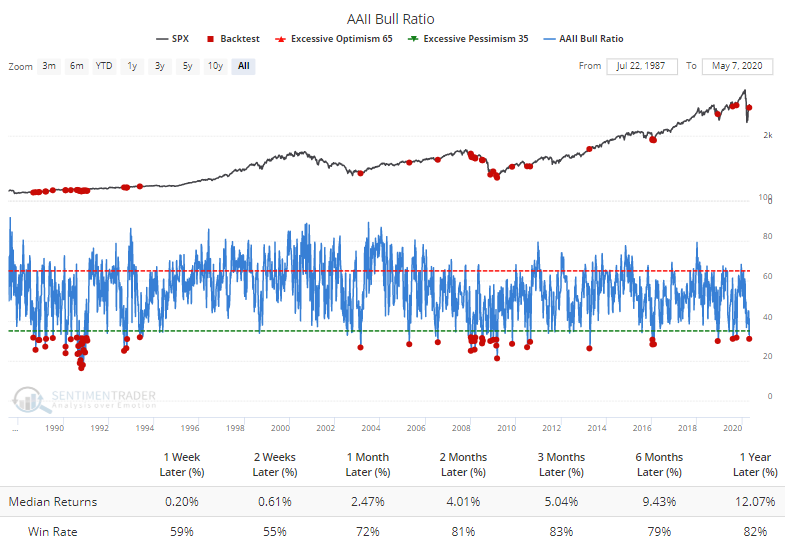 What's outstanding about the current week's reading is that it isn't coming after a big decline. Quite the opposite.

There has never been a period when optimism was so low after such a big rally. Out of the 54 times when the S&P 500 showed a gain of 10% or more over a 7-week period, not one of them (until this week) saw more than 50% of respondents consider themselves bearish.

The only times more than 40% of respondents were bearish were December 1990 and a few weeks from April - August 2009.

The post titled Despite the big rally, it's hard to see who's buying was originally published as on SentimenTrader.com on 2020-05-08.