Investors have become pretty willing to borrow against the value of their brokerage accounts.

The latest margin debt figures show that investors have pledged more than $650 billion against their stock holdings as of September. That's up more than 35% from the low in March and is nearing a record high. 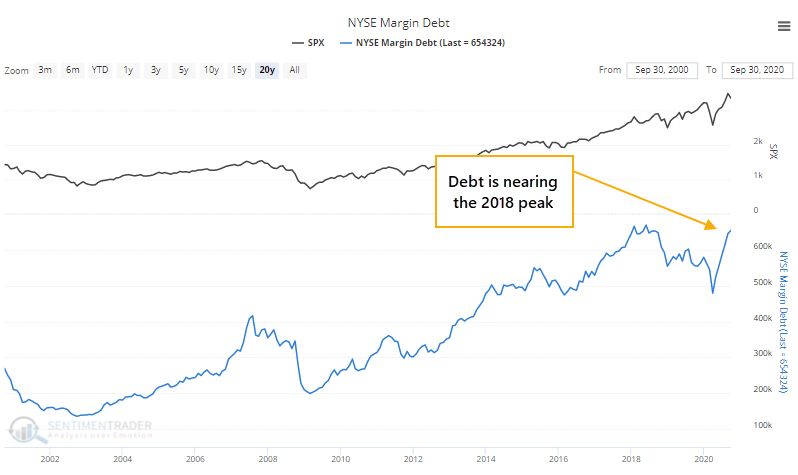 This is unusual because in September stocks fell and yet borrowings against those holdings increased. Over the past 70 years, it has been unusual to see the monthly percentage change in the S&P 500 differ much from the change in margin debt. There's a fairly high positive correlation (+0.4) between the two, which September violated.

A knee-jerk contrarian would assume this is a bad thing. It suggests that investors are complacent, too willing to increase their leverage despite a market that's not going their way. But it hasn't really proven out that way, with stocks mostly rising in the months ahead.

1. The largest ETF in the world is losing assets even as it rises in price (not necessarily sentiment-related) - Bloomberg 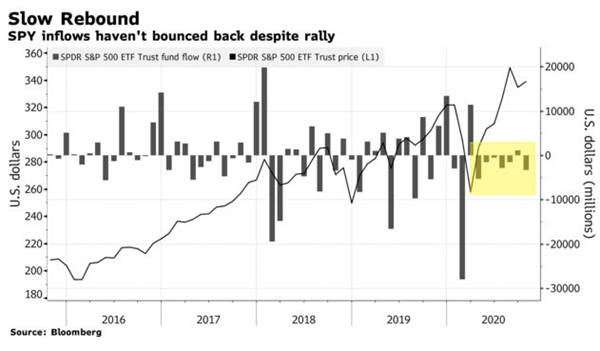 2. Confidence within the lower income bracket has plunged - Pictet 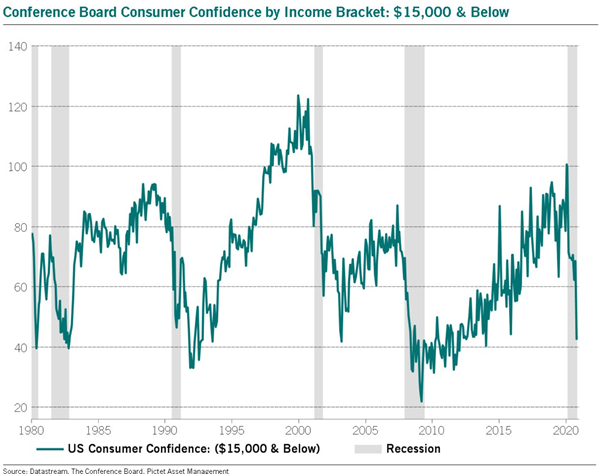 3. Most sentiment indicators are barely changed from 3 months ago - Goldman Sachs 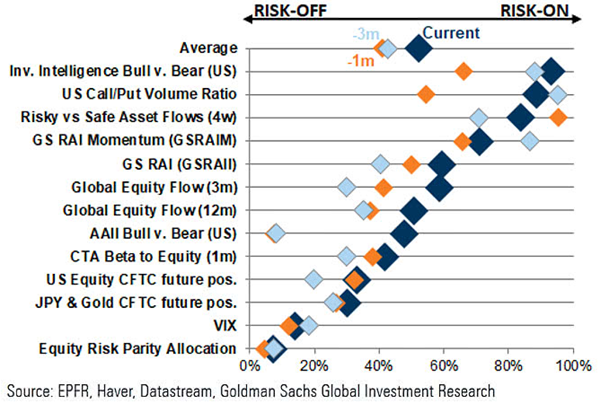 The post titled Despite losses, investors borrow more against stocks was originally published as on SentimenTrader.com on 2020-10-28.