Corporate executives are "feeding the ducks"

The economy is cratering, corporate outlooks are the most uncertain in generations, and yet stocks have rallied hard. That's a perfect recipe for companies to issue more shares. They get cheap capital in a friendly environment.

There is no doubt they're taking advantage and "feeding the ducks while they're quacking." Last week alone, there was more than $20 billion of secondary or additional offerings priced among U.S. listed companies.

In terms of the number of offerings, it's been relatively spread out, so it's not one giant company that accounts for the big spike in the dollar amount. 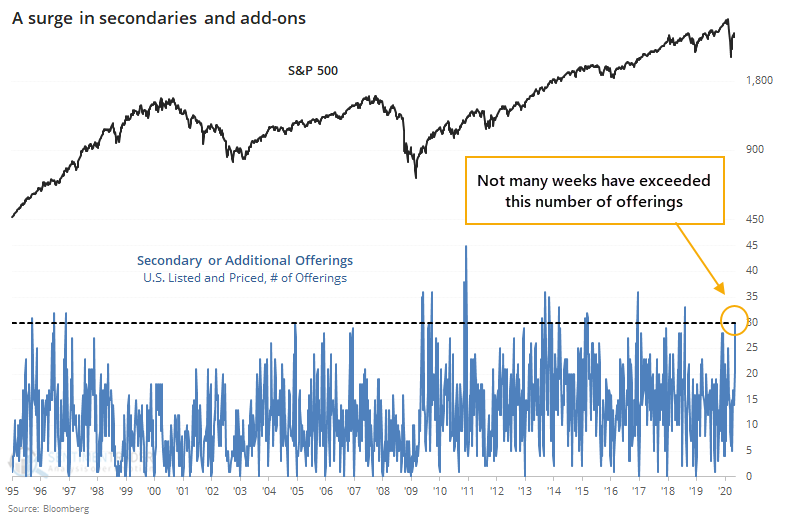 This data can be variable depending on what criteria are used, so other sources could come to different conclusions. But this is one of those things where a bearish argument makes a lot of sense, and it might be possible to torture the data in some way to make it confirm that suspicion. From the data we use, though, an objective look doesn't seem to support it as a negative influence.

The post titled Corporate executives are "feeding the ducks" was originally published as on SentimenTrader.com on 2020-05-18.