Copper and interest rates aren't doing what they're supposed to do

There have been a lot of head-scratching moves in 2020, most of them in the past several months. The cross-currents battling it out in all markets are astounding, and many have never been seen before. One of the most consistent relationships, which has broken down in recent months, is between the price of copper futures and the yield on 10-year Treasury notes.

The two don't move hand-in-hand, but historically they have had a tight positive correlation. The same influences which would push copper higher (industrial demand and economic growth) are the same that would push yields higher. Until lately. 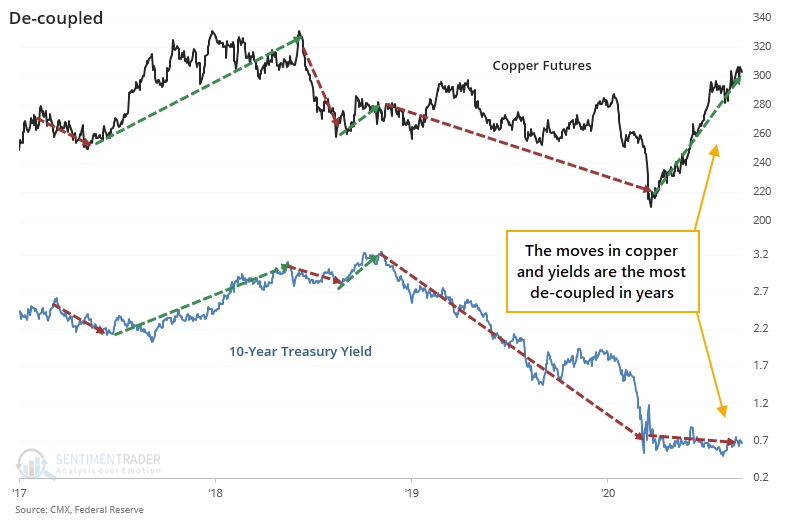 In recent months, copper has consistently held in the top 85% of its one-year range, while the 10-year yield has been stuck near the bottom 15% of its range. This has been going on for much of the past 50 days, which is by far a new record.

The post titled Copper and interest rates aren't doing what they're supposed to do was originally published as on SentimenTrader.com on 2020-09-11.