Commodities Never Do This During a Bear Market

It's been a crazy year across the globe. It's impacting what consumers are paying for, well, pretty much everything. Including the most basic of inputs, what we put in our mouths.

Spikes in commodity prices can be dangerous things. They have triggered social strife and upended global supply chains. We're seeing nascent signs of that right now. Based on history, we may just be in the beginning stages.

The Bloomberg Commodity Spot Index has now jumped 50% over the past two years, according to Dean's calculations. This is something it has never done during a secular commodity bear market. 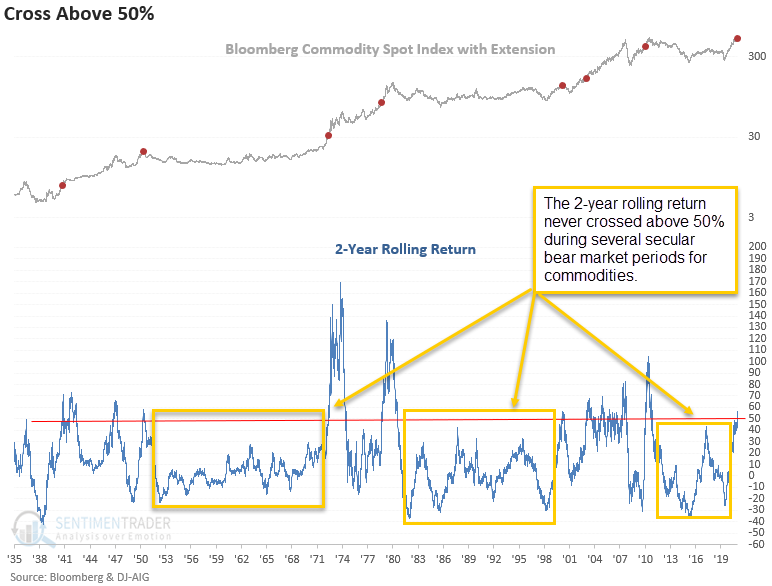 These gains are not being driven by only a single contract or two. It's exceptionally broad-based, which is perhaps even more concerning. Among commodities tracked by the S&P GSCI Commodity Spot Indexes, 100% of them are showing a positive 3-year rolling return. That hasn't happened in 17 years.

Oil optimism. Traders have quickly ramped up their expectations for future gains in crue oil. Our Optimism Index is rapidly rising toward multi-year extremes. 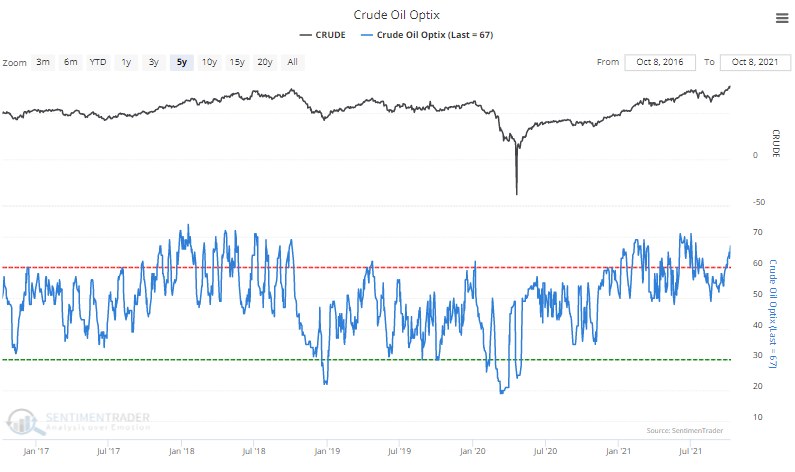 Futures, not stocks. Despite being optimistic about oil prices, traders pulled an average of more than $350 million from the XLE fund over a 3-day period last week. That's the 2nd-largest amount in a decade. 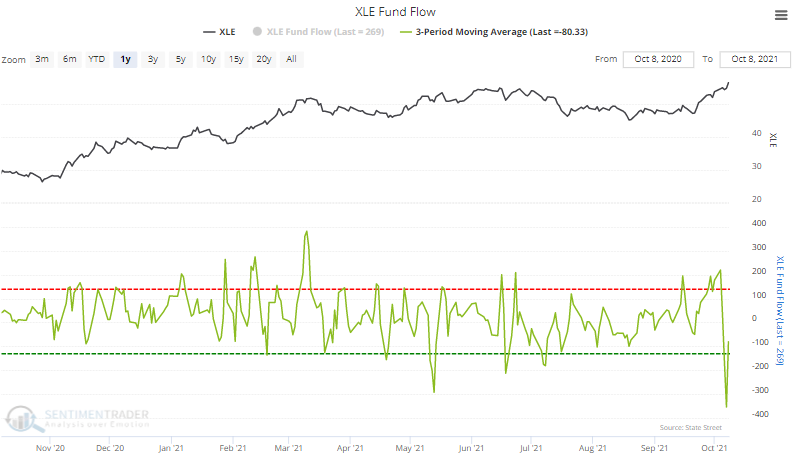 To Time to Buy. Movie-goers may have flocked to the latest James Bond flick, but they're avoiding the bond market. Over the past 10 days the average Optimism Index on the LQD fund has dropped to one of its lowest levels in 5 years. 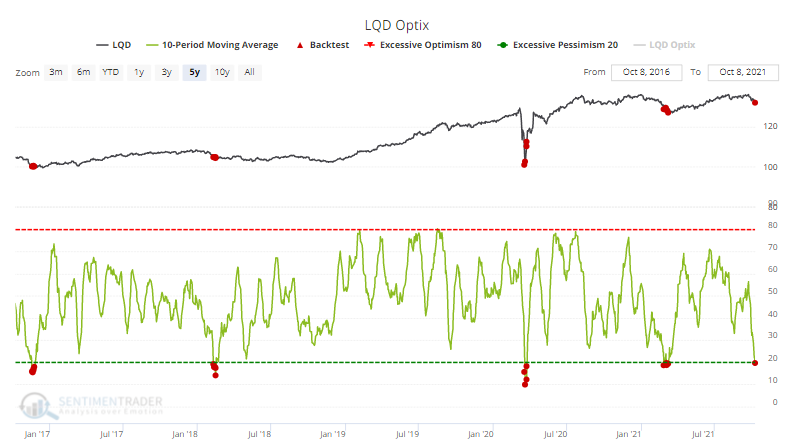 The post titled Commodities Never Do This During a Bear Market was originally published as on SentimenTrader.com on 2021-10-11.