Buying So Eager It's Never Been Seen Before

Buyers keep coming into stocks before regular trading hours. Before each of the past 3 sessions, buyers pushed S&P 500 futures up at least 0.45% before the open.

With a new all-time high by the close, this kind of buying pressure has never been seen before.

Since the inception of the futures in 1982, there have only been a few times when buyers were so eager that they pushed the futures up at least 0.25% before regular trading hours for three sessions in a row. Each of them preceded losses in the futures either 1 or 2 months later, but at this point it seems like any historical precedents are strictly “FWIW.”

Most technicians (and even many fundamentalists) look at moving averages on price charts. We're conditioned to use certain ones, like the 200-period, no matter the market or time frame. But is that the best one to use?

Troy goes in-depth about moving averages and the best ones to use for different markets in this overview video: 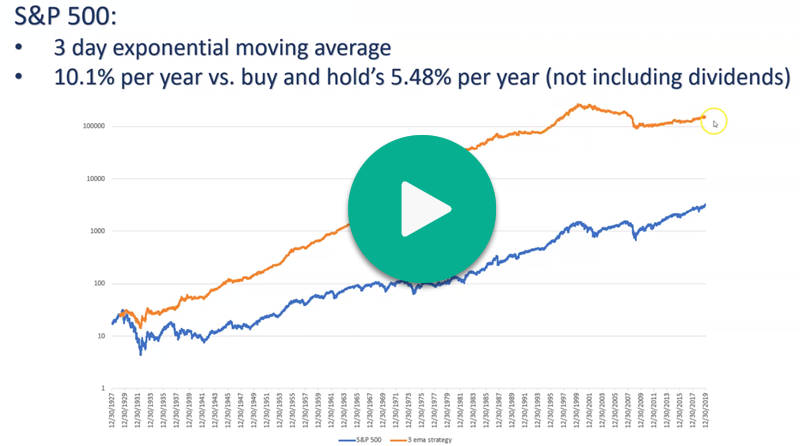 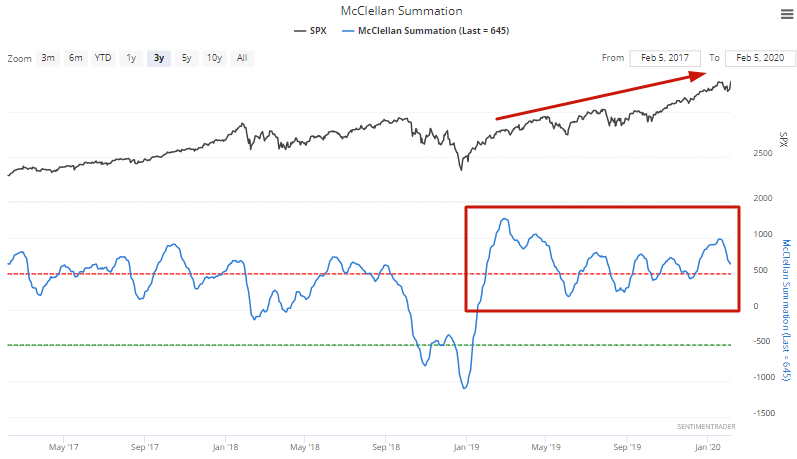 It has now been above the zero line for more than a year, marking its 4th-longest stretch since 1962.

The 3 other times the McClellan Summation Index was positive for so long, stocks either fell immediately, or melt-up and then tanked. 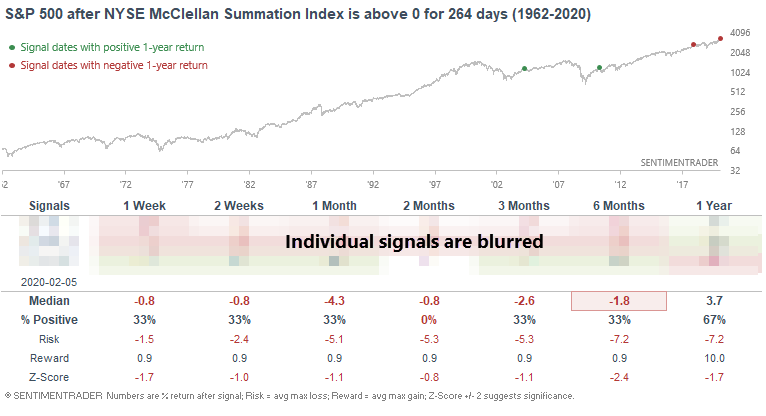 The post titled Buying So Eager It's Never Been Seen Before was originally published as on SentimenTrader.com on 2020-02-06.