Buyers have come for the little guys

It's been one heck of a nice couple of weeks for small-cap stocks. As recently as a few weeks ago, there was a lot of talk about their relative weakness and how they tend to lag during Q4. Not so much anymore.

Over the past two weeks, the small-cap Russell 2000 has surged more than 11%, one of its largest 10-day gains since inception. 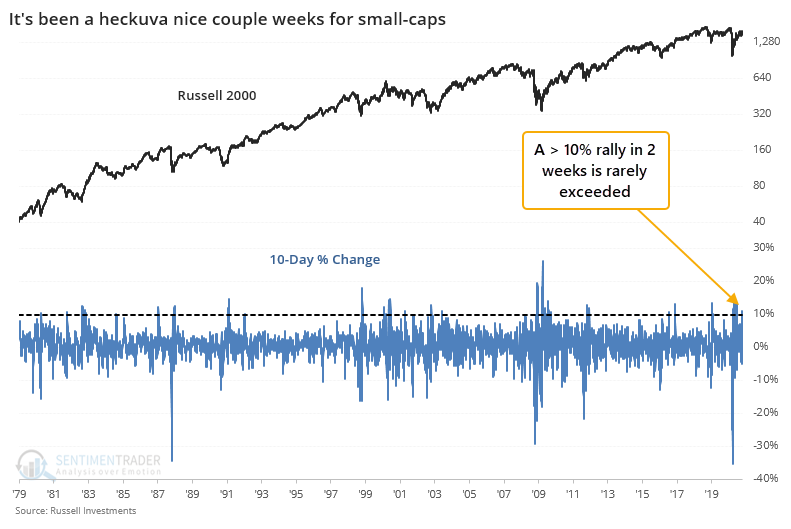 This kind of rebound typically happens after severe weakness, either on a relative or absolute basis. Either way, there have been only 20 distinct times over the past 40 years when the index shot higher by at least 10% over a 10-day stretch.

The post titled Buyers have come for the little guys was originally published as on SentimenTrader.com on 2020-10-09.