Breakouts haven't been this good since 2016

The biggest thing this rally has had going for it is broad participation. It's not slowing down much.

Over the past week, nearly 10% more securities trading on the NYSE and Nasdaq managed to tick at a 52-week high than fell to a 52-week low. That's the most in almost exactly 4 years. 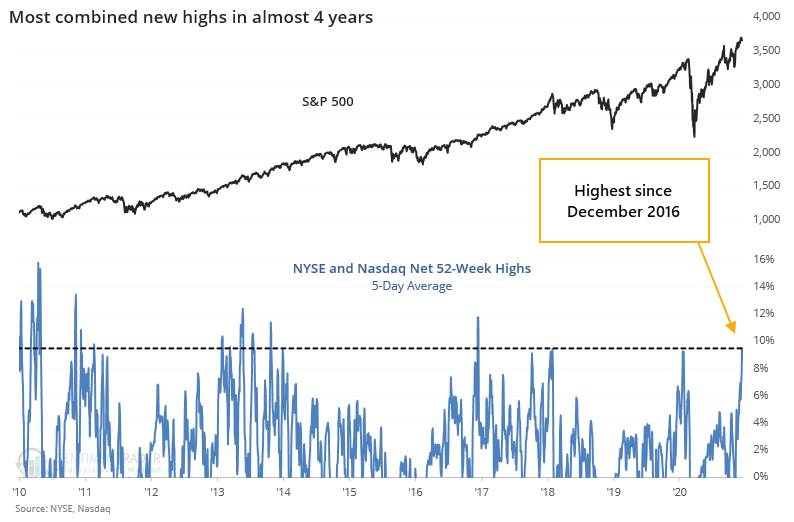 If that sounds like a long time, it's because it is. This ends the 3rd-longest streak in almost 60 years with fewer than a net 9.5% of securities at new highs over a 5-day period.

After other times since 1962 when we ended a streak of at least 2 years with fewer than 9.5% of issues at a new high across both exchanges, forward returns were impressive, and eerily consistent, over the medium- to long-term.

1. Folks just cannot get enough exposure to upside potential. The total volume of contracts that profit when stocks rise has exceeded 20 million for the first time in nearly 30 years. [Charles Schwab] 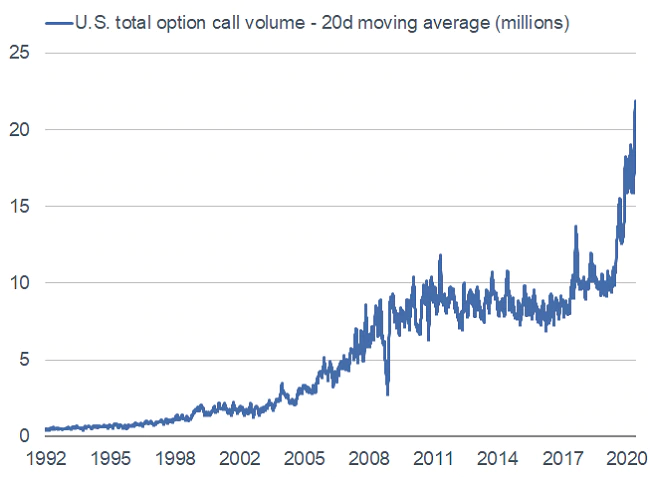 2. It's pretty easy to get all bulled up when investors have never seen easier financial conditions. Based on multiple fundamental and market-based inputs, the Goldman Sachs Financial Conditions indicator has dropped to a new low (the lower it goes, the easier things are). [Bloomberg TV] 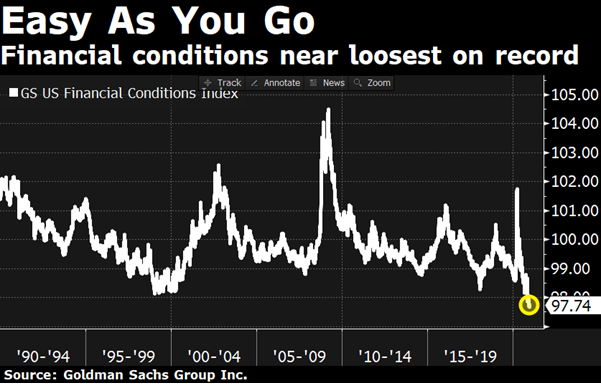 3. One place where investors aren't overly positive is the U.S. dollar, where asset managers have moved to a record short position. [Bloomberg TV] 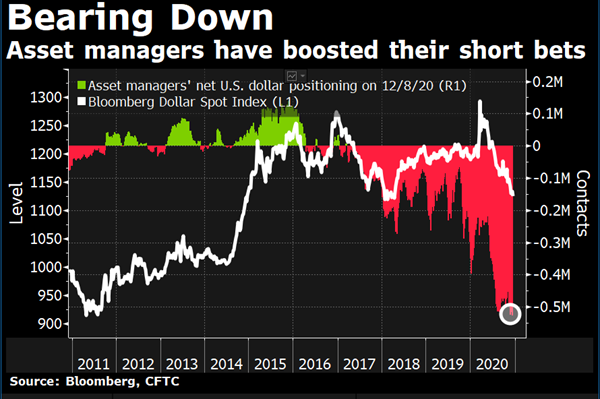 The post titled Breakouts haven't been this good since 2016 was originally published as on SentimenTrader.com on 2020-12-16.