During rally attempts in November and December, one worry was that there were no strong thrusts in breadth. Both failed. During this latest rally, there have been two such days, so strong that there are few historical precedents. 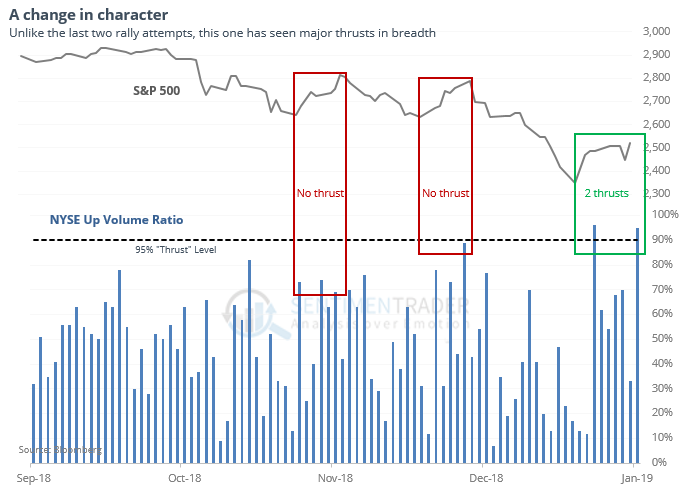 Maybe it’s just a function of machines, but if this is actual human demand, it has impressive implications for forward returns. Since 1962, the S&P rallied over the next three months all 7 times.

Both markets rallied after other large outflows from investors.

Okay, out then in

This kind of quick switch from one extreme to the other has preceded long-term trend changes. Over the next year, every signal was positive, and with an impressive average return.

NOTE: The Commitments of Traders report will continue to be delayed as long as the Federal government shutdown persists, so hedger positions et al cannot be updated.

The post titled Breadth Thrust From The Low; Record Stock And Bond Fund Outflows was originally published as on SentimenTrader.com on 2019-01-07.