Bonds have made an extreme move

The march higher in the yield on 10-year Treasury notes took a breather on Tuesday, but it's mostly been a steady rise for most of the last 6 months. So much so that the 1-year z-score, a measure of how unusual the move is relative to recent history, just reached 1.5 standard deviations for the 4th distinct time in the past decade.

The push higher in rates has been focused mostly on the longer end of the Treasury yield curve, so the 2-year / 10-year spread has also made an extreme move. 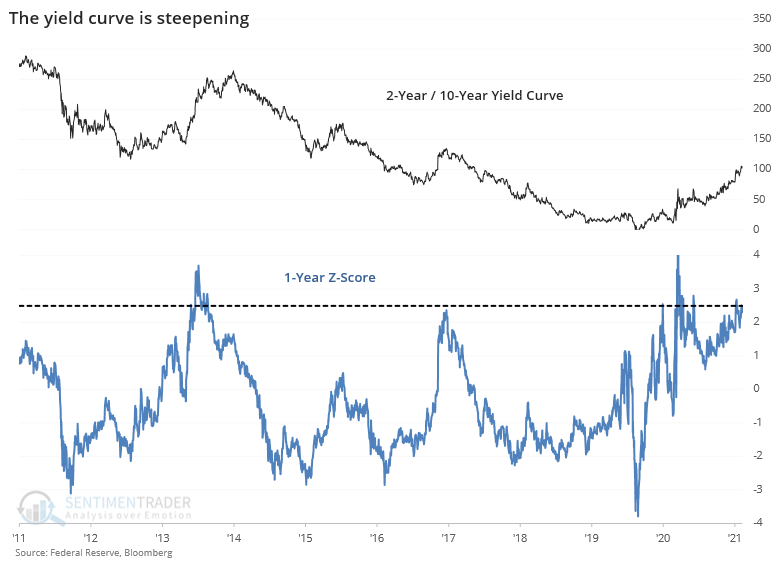 This is typically taken as a sign of economic growth and should be a positive for stocks going forward. When both the yield on 10-year notes and the yield curve were more than 1.5 deviations above trend, that mostly proved true. Over the next couple of months, there were only a couple of small losses.

Trading is up, volatility is down. The dip in "fear" has created a scenario where trading activity has reached a frenzied pitch. This is extremely unusual, and is completely opposite to what usually happens, with volume rising along with implied volatility. Source: Bloomberg 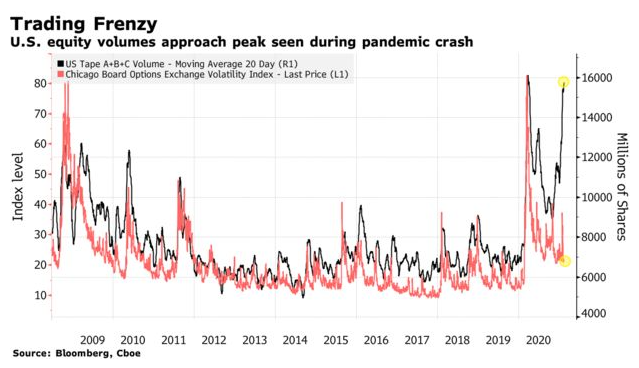 It's even more extreme. We can only see part of the volume being transacted in stocks. At this point, almost half of all volume is executed off the major exchanges, where there is no transparency whatsoever. This is a record high. Source: Wall Street Journal 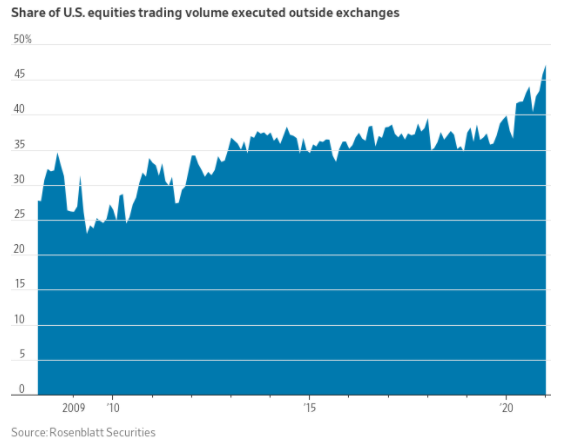 Thank you, options market. A lot of this surge in volume can be explained by trading in the options market. To a degree never before seen, that tail is wagging the dog. Source: Bloomberg 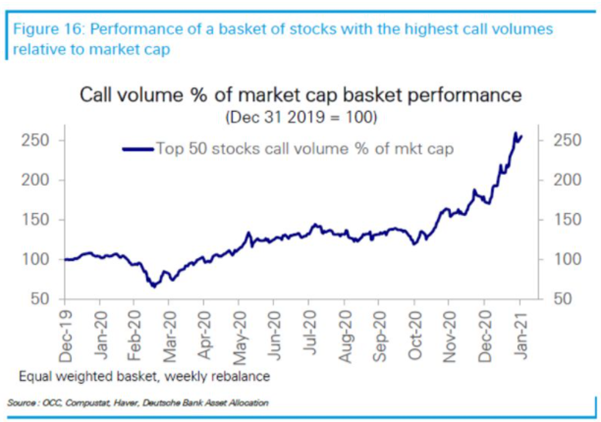 The post titled Bonds have made an extreme move was originally published as on SentimenTrader.com on 2021-02-12.