Bonds are about the most oversold in history

There is one clear message being sent by investors in recent weeks - inflation is likely coming, so sell bonds.

U.S. Treasury notes and bonds have sold off hard lately, especially on the longer end of the curve. The price of continuous 30-year Treasury bond futures has now dropped more than 8% below it 100-day average, one of the most oversold readings since the contract's inception. 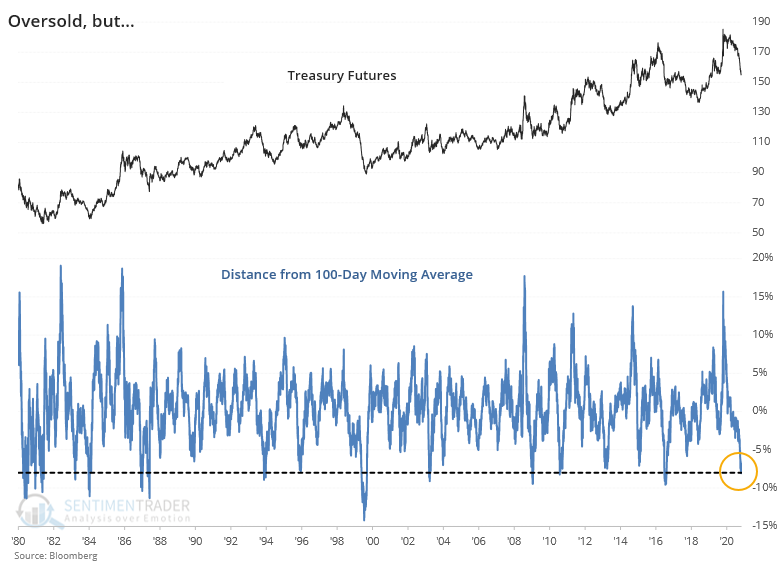 "Oversold" doesn't always mean "buy" and this seemed to be the case here.

When the contract first fell more than 8% below its 100-day average, it tended to lose even more ground over the next 2 months. The 10 prior signals did not provide a consistent signal that mean-reversion was about to rear its head. 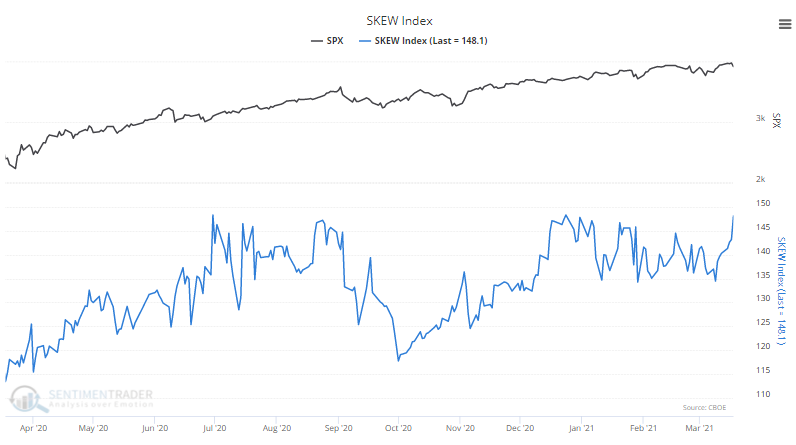 Staying off drugs. Twitter users have been pretty negative on biotech stocks lately. Over the past week, they've been tweeting about twice as many bearish messages as bullish ones on funds like IBB.

Staying away from miners, too. Over the past month, Twitter users have been especially negative on gold miners. A 20-day average of the ratio of negative to positive messages, based on our machine-learning algorithm, is nearing a 3-year high. 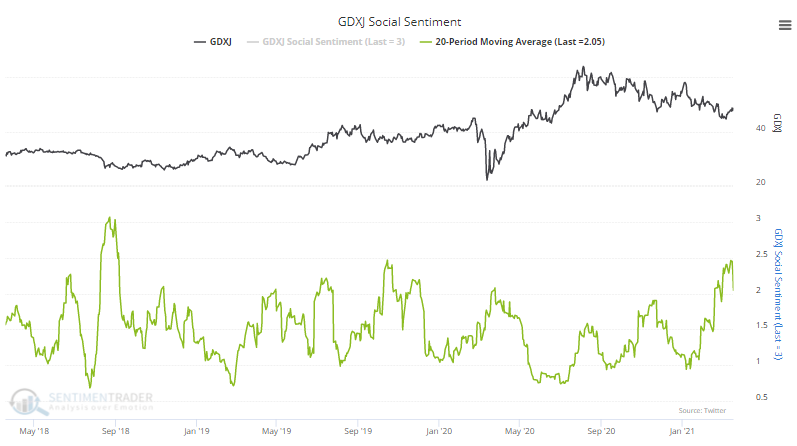 The post titled Bonds are about the most oversold in history was originally published as on SentimenTrader.com on 2021-03-22.