For the first time in 20 years, the big money is betting against stocks. The latest semi-annual survey of big money managers by Barron’s showed a Bull Ratio below 50% for the first time ever, far surpassing the previous all-time pessimistic reading in October 2002. 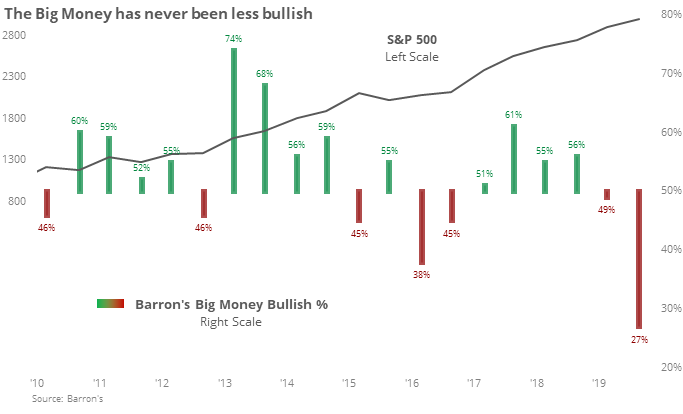 Their history as a group is mixed, with a modest tendency toward being a contrary indicator when they’re suffering from groupthink like this.

A year later the S&P showed a positive return all but twice, with one of those losses being negligible (if we used total return, that would have been positive). Ultimately, the poor sentiment did lead to spectacular losses during the last two protracted bear markets, but it took a long time to unfold after the survey’s release.

% of stocks in a correction 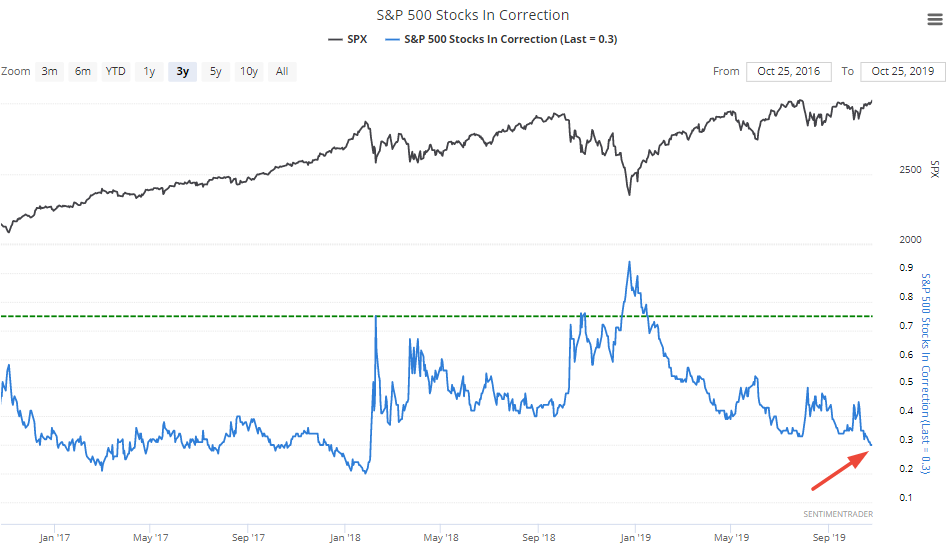 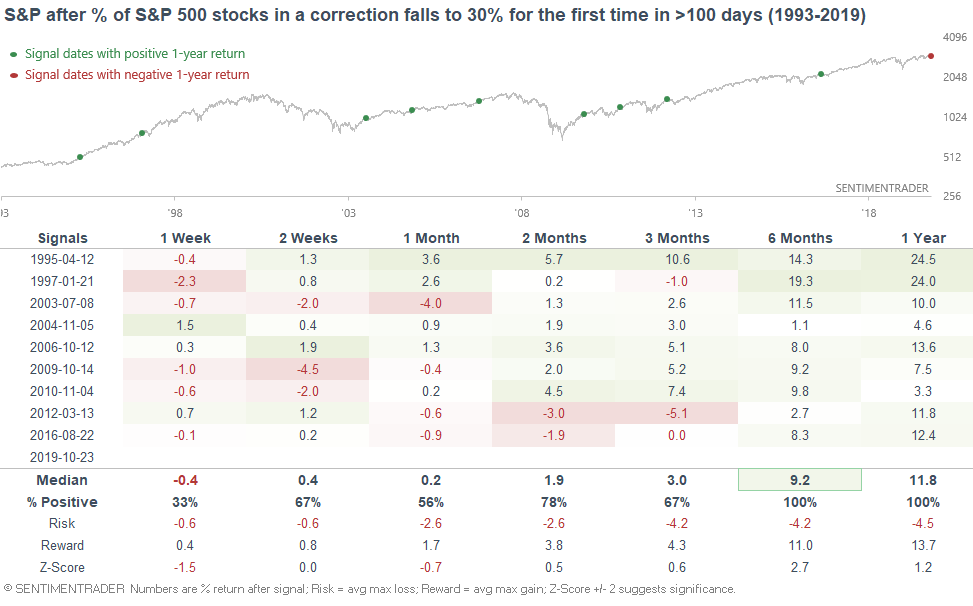 The post titled Big Money Has Never Been More Bearish was originally published as on SentimenTrader.com on 2019-10-29.