Bad surprises and the probability of a bear market

Back in the fall of 2018, we looked at the dangerous condition of the Bear Market Probability Model. At the time, it suggested an 80% chance of a bear market ahead, one of the highest readings since 1950.

The model, outlined originally by Goldman Sachs, uses five fundamental inputs. Each month's reading is ranked versus all other historical readings and assigned a score. The higher the score, the higher the probability of a bear market in the months ahead.

Don't get too hung up on the name (we're already in the midst of a bear market), the only purpose of the model is to try to assign a likelihood to a further 20% or larger drop within the next year. Based on the latest estimates, the model could plunge to below 40%. 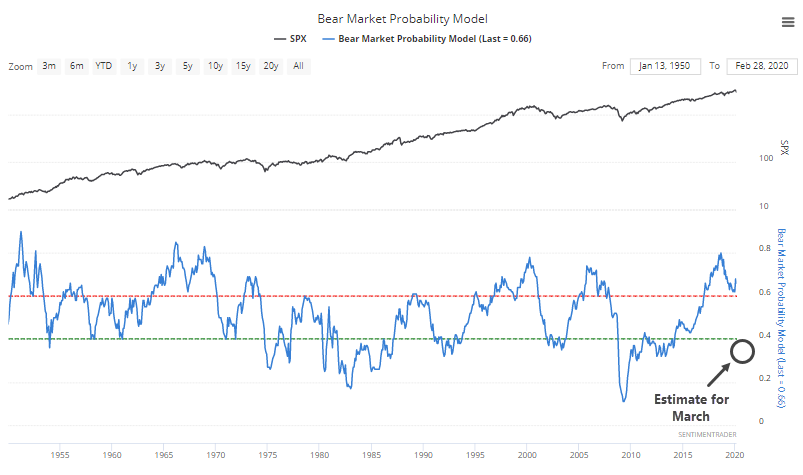 This depends very much on how accurate the economic numbers will be for this month, and whether it will take at least another month for some of them to reflect the current situation of high unemployment.

By the time things get so bad that the model falls below 40%, future one-year returns averaged more than 22% and with a single failure.

A better use for RSI

One of the most popular technical indicators is the Relative Strength Index (RSI). Unfortunately, that's also part of the problem. So many analysts look at it the same way, and use interpretations that sound good based on theory or what old textbooks say should work. They don't.

In this video, we introduce a unique way to interpret the indicator incorporating sentiment, and put hard numbers to whether this can be effective. Click here to see how you can improve the indicator. 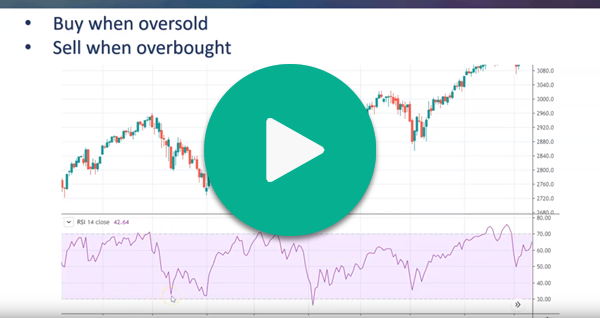 March is almost over, which means that economic data released in early-April (labor report + ISM) will probably be extremely negative. This is to be expected, and one wonders how much of the bad news is baked into markets already. Unemployment will definitely jump, seeing how awful Initial Claims was this week.

The index is more useful for predicting gold, the U.S. Dollar Index, and bonds, some of which have seen more consistent results after extremes in surprises.

The post titled Bad surprises and the probability of a bear market was originally published as on SentimenTrader.com on 2020-03-30.