With the latest surge in small-cap stocks, all of the 'big four' equity indexes have made back at least 75% of their declines. The Russell 2000 was the last holdout, being led by the Nasdaq Composite, S&P 500, and Dow Industrials. 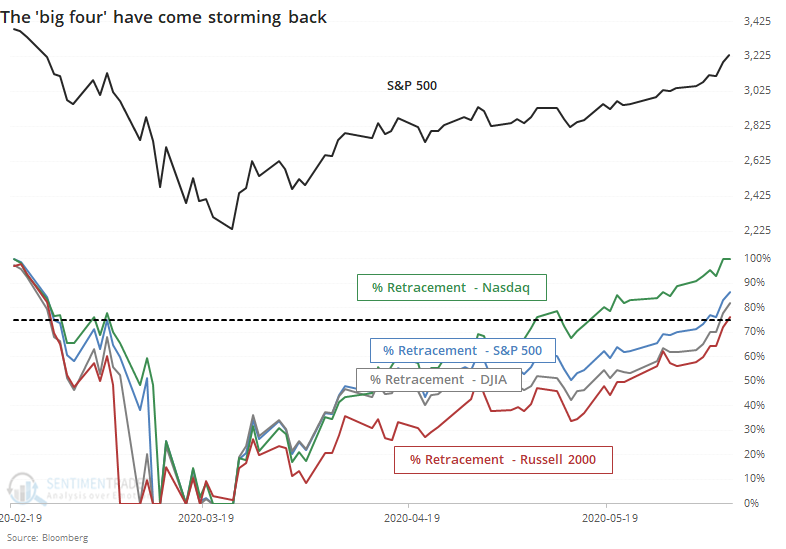 Since the inception of the Russell 2000 in 1979, by the time all four indexes had recovered at least 75% of their declines from a 52-week high to a 52-week low, it indicated strong, broad-based recoveries. This also meant that stocks had traveled far, and usually fast, so short-term returns were below average. But by the time it entered a medium- to long-term time frame, returns were good.

Among the other indexes, one in particular performed even better than the S&P.

The post titled All of the 'big four' indexes have come at least 75% back was originally published as on SentimenTrader.com on 2020-06-10.