Talk about a last-second save. In the very last remnants of Thursday’s session, Walgreens managed to turn positive on the day. That’s the only member of the Dow Industrials that closed in the green, even if just barely. And it saved the index from having yet another day when every member either rose or fell.

This is not typical. On most days, at least a couple of stocks can trade on their own merits regardless of what the broader market does. But not lately – right now, investors are in all-in or all-out mode, buying or selling everything together.

There have been several clusters like this since 1997. Over the next three months, the Dow rose each time, quite a feat given that one of the signals triggered during the midst of the 2008 meltdown. Volatility like we’ve seen has a strong tendency to lead to medium-term recoveries.

Not just the Dow

The past few sessions have seen many all-or-nothing days, with no overall clear direction in the broader market. 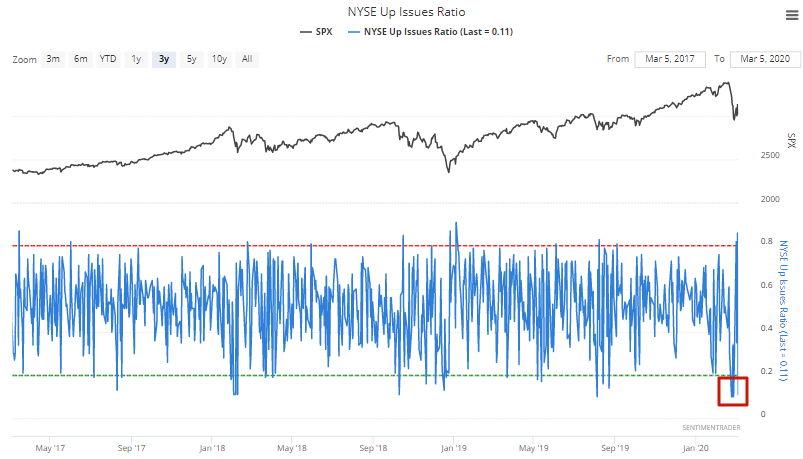 The case could be made that since more and more individual issues tend to move together due to the rising popularity of ETFs, what counts as "extreme" today is not the same as what was "extreme" 50 years ago (when this signal marked bear market bottoms).

But if that's the case, then such extreme selling should at least mark a medium term bottom this time, even if the market eventually rolls over into a bear market. 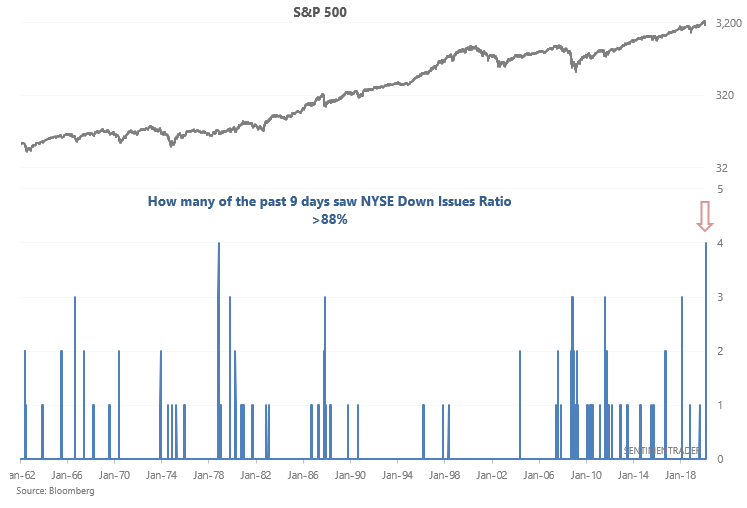 In the past, when we've seen even a cluster of 3 such days - using either the % of issues or the % of volume - it tended to mark medium- to long-term peaks in volatility.

The post titled All-in...and then all-out was originally published as on SentimenTrader.com on 2020-03-06.