After 17 Months of Speculation, Investors Are in Risk-Off Mode

For the first time in over a year, investors have a risk-off mentality and are showing signs of widespread pessimism.

It's not extreme in most cases, and Friday's rebound puts a dent in the argument, but last week showed the first real signs of concern since the spring of 2020.

The Risk-On / Risk-Off Indicator looks at more than 20 indicators and calculates the percentage that are displaying risk-on or risk-off behaivor. You can see them individually by going to Spotlights > Spotlight on Sentiment. The two other times that the indicator tipped into risk-off territory over the past year, buying pressure came in immediately. Last week was the first time that didn't happen. 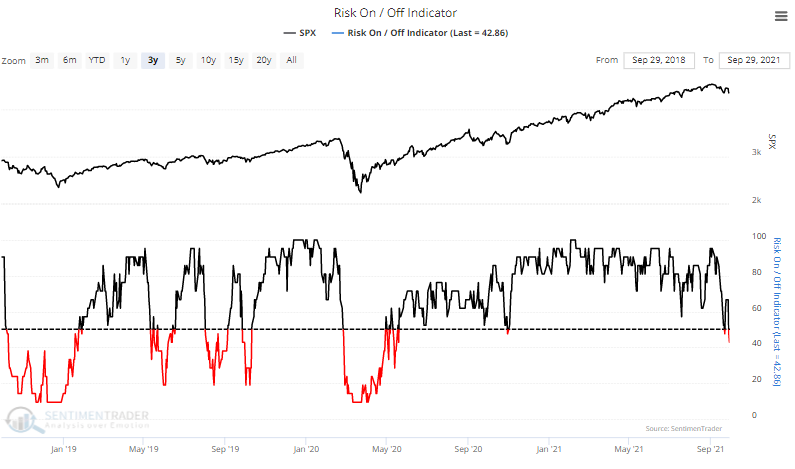 That ended the longest streak ever of the Risk-On / Risk-Off Indicator being above 50% on consecutive days.

After other long streaks of risk-on behavior finally ended, it didn't prove to be a negative sign for stocks. As we repeat often, momentum (and optimistic behavior) does not die easily. While the S&P 500 suffered some short-term volatility, it consistently rebounded in the months ahead. Over the next 6-12 months, there was only a single small loss.

About-face. The Optimism Index on the EWJ Japan fund has tanked. A 5-day average of the indicator has cycled from above 80% to below 20%, one of its lowest readings of the past 5 years. 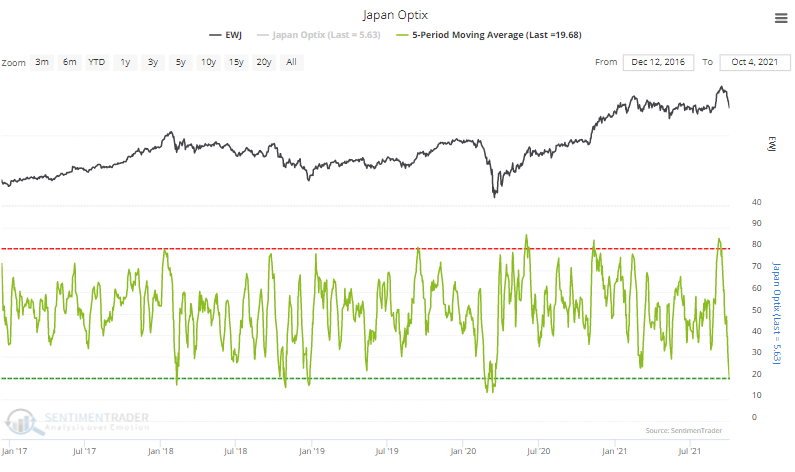 Semi-pessimistic. Optimism on semiconductor stocks has plunged as well. The 5-day average Optimism Index on SMH has dropped below 13%, the 2nd-lowest reading in 5 years. 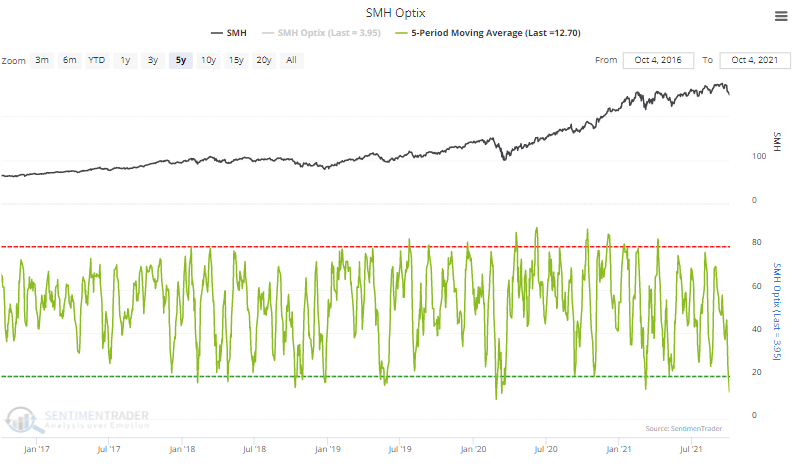 Widespread pessimism. The global sell-off has created deep pessimism around the world. Our Geo-Map shows optimism in Colombia and Indonesia, but deep green (extreme pessimism) in many other areas of the globe. 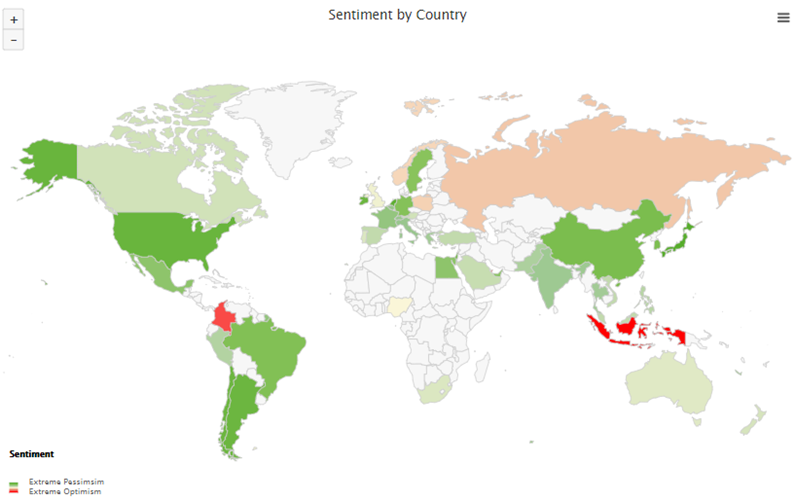 The post titled After 17 Months of Speculation, Investors Are in Risk-Off Mode was originally published as on SentimenTrader.com on 2021-10-05.