A wide spread between trends

We've spent a lot of time looking at the 50- and 200-day moving averages over the past week, and this will likely be one of the last posts about it for a long while. This form of looking at the market has become wildly popular lately and while that doesn't mean it's no longer effective, it's certainly becoming less unique. 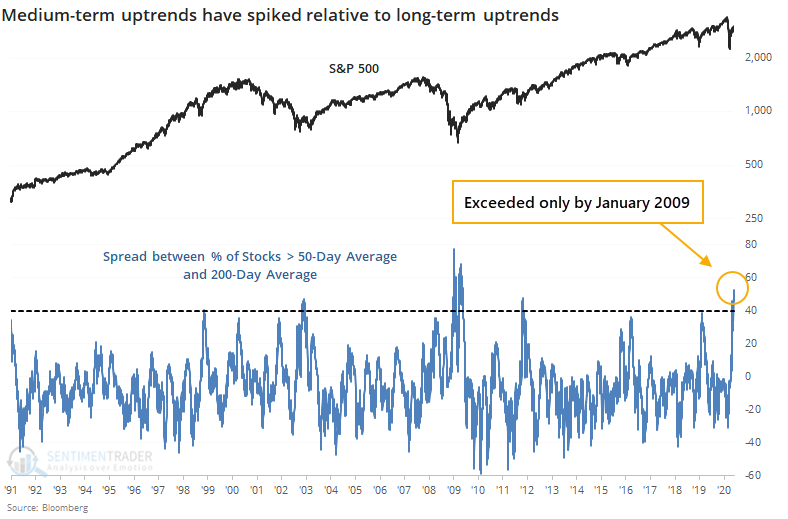 By the time the spread hit 40%, it indicated moments of medium-term upside momentum during markets that were showing longer-term struggles. As a result, forward returns were shaky in the shorter-term, but positive over the next 6-12 months every time.

The post titled A wide spread between trends was originally published as on SentimenTrader.com on 2020-05-29.