A week of records

Its hard to overstate the level of volatility investors have suffered across assets. Cross-asset whipsaws are setting records.

Stocks are the most widely held, though, and have the greatest impact on the general population’s sense of well-being. Even before Monday's near-record decline at the open, Friday marked the 8th straight session with an opening gap more than 2% from the prior day’s close.

Over the past week, the S&P 500 futures have gapped open an average of more than 5% from the prior day's close. It's never been higher, even during the depths of 2008. 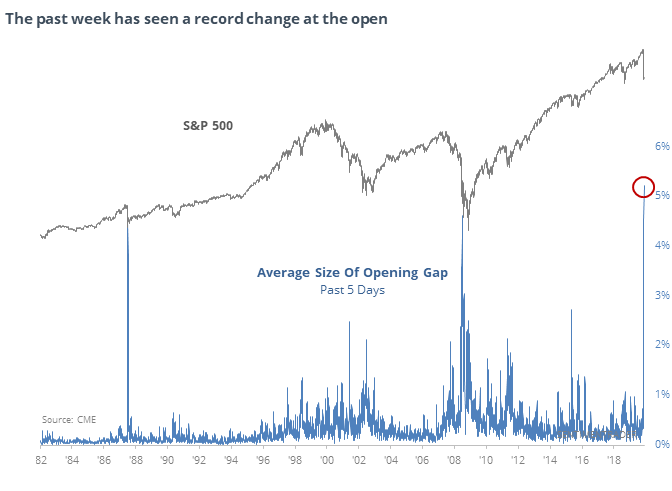 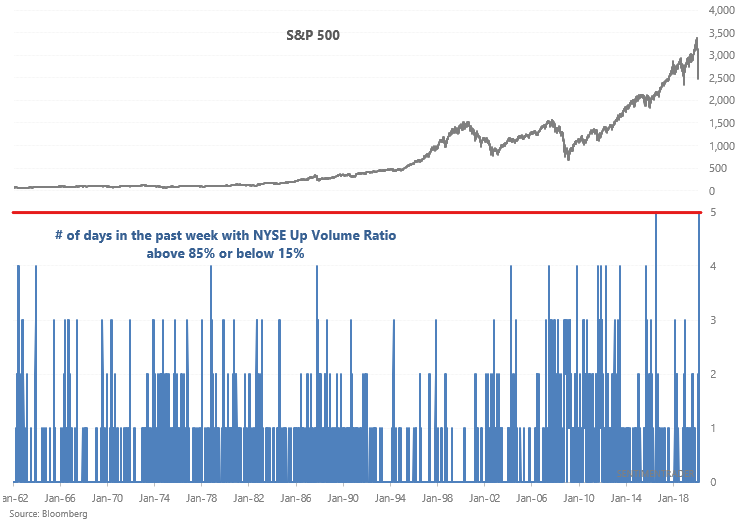 When the stock market was anywhere near this choppy in the past, the S&P 500 always rallied over the next 6 months:

The post titled A week of records was originally published as on SentimenTrader.com on 2020-03-16.