A Volatile, But Sound, Month

We seem to be on track for another whipsaw, as markets try to recover from conflicting messages over the weekend, following a rocky end to the week. 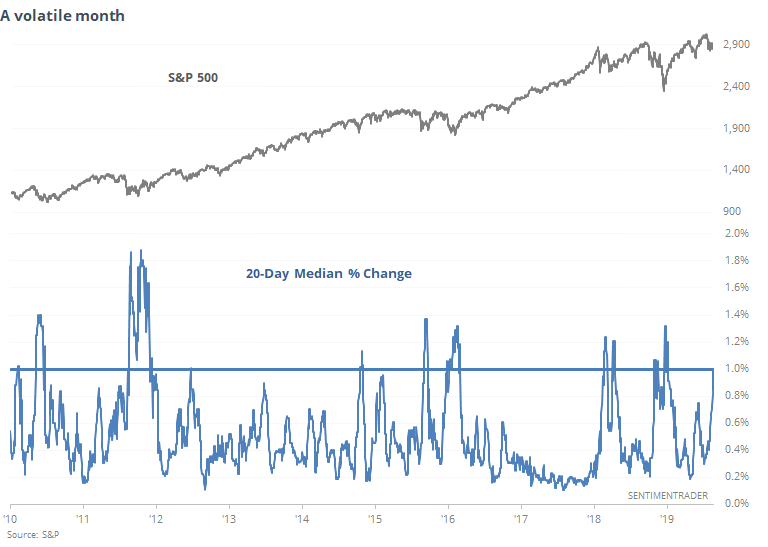 Except for the 1930s, this kind of volatility so soon after stocks were sitting at a multi-year high led to almost universally positive returns going forward, and didn't roll over into a bear market at least for the next few months.

More of our indicators registered severe pessimism on Friday. Among them, investors rushed into inverse ETFs on Friday to protect against any potential downside this week. They accounted for more than 1.2% of total NYSE volume, one of the largest amounts in history. The others all triggered last October or December (or right away in January). 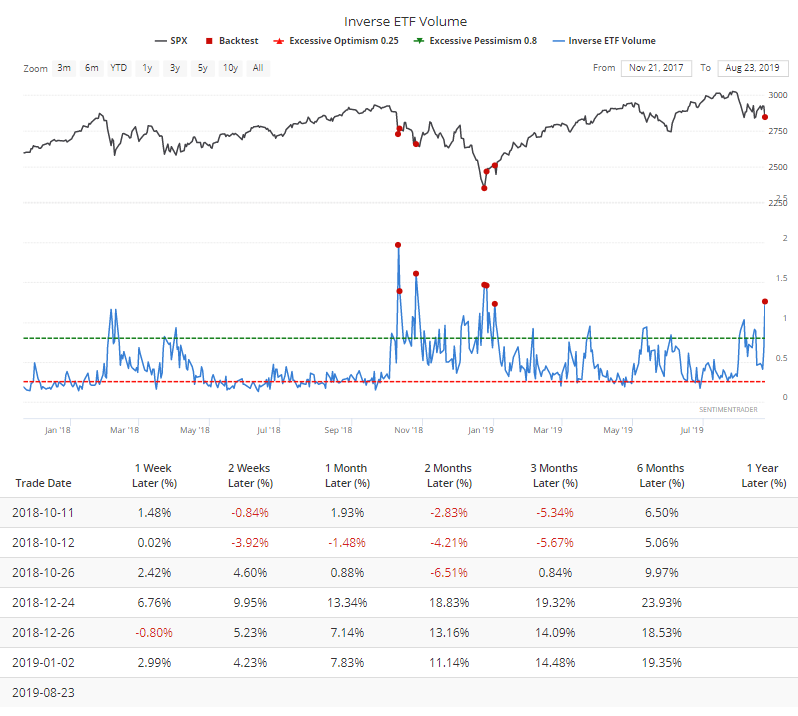 Here is our Macro Index, which aggregates 11 leading indicators. Overall, there is no significant U.S. economic deterioration right now. Instead of predicting the future, macro tells us how to react and trade day-by-day depending on what's happening right now. 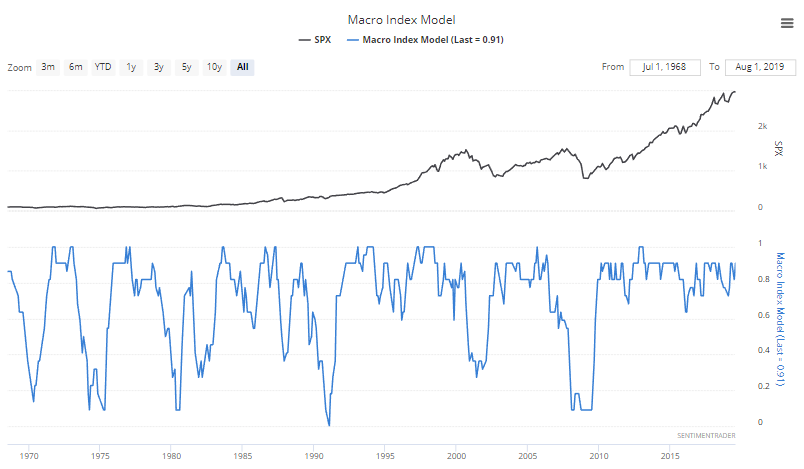 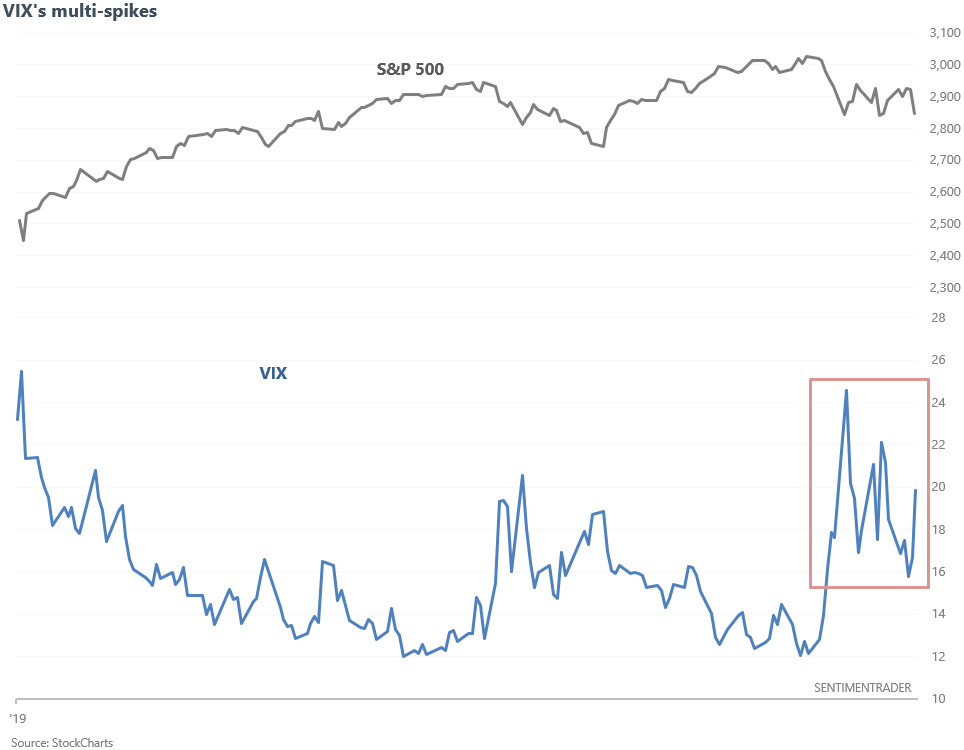 When this happened in the past, the S&P usually did well over the next 3 months. The one big exception was October 2008, which occurred during the middle of a mega-crash. 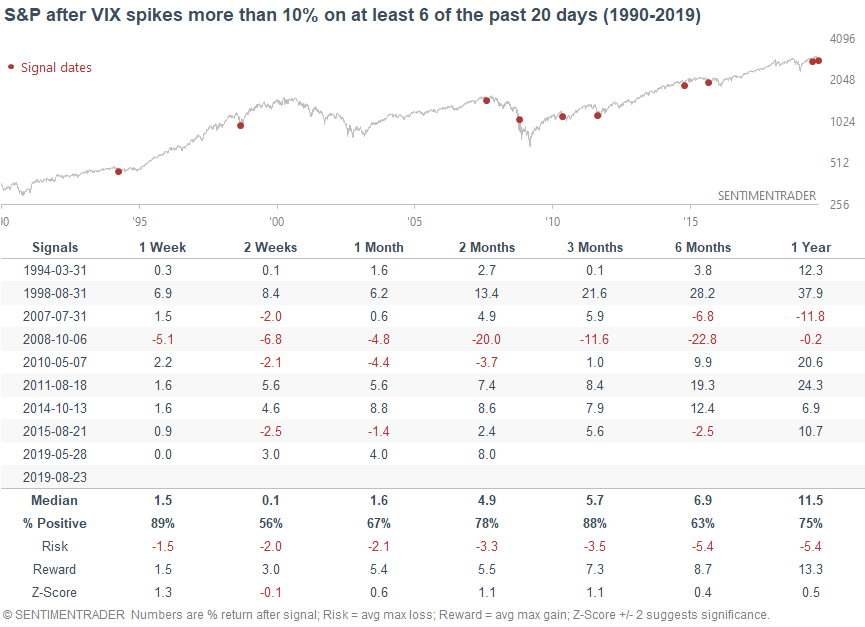 The post titled A Volatile, But Sound, Month was originally published as on SentimenTrader.com on 2019-08-26.