As we head into Q1 earnings reporting season, expectations are high and stocks are expensive. Wall Street, and the investors that rely on their analysis, are gearing up for blockbuster performances.

The histogram below shows the distribution of valuation ratios on days when earnings season began for any quarter since 1950. 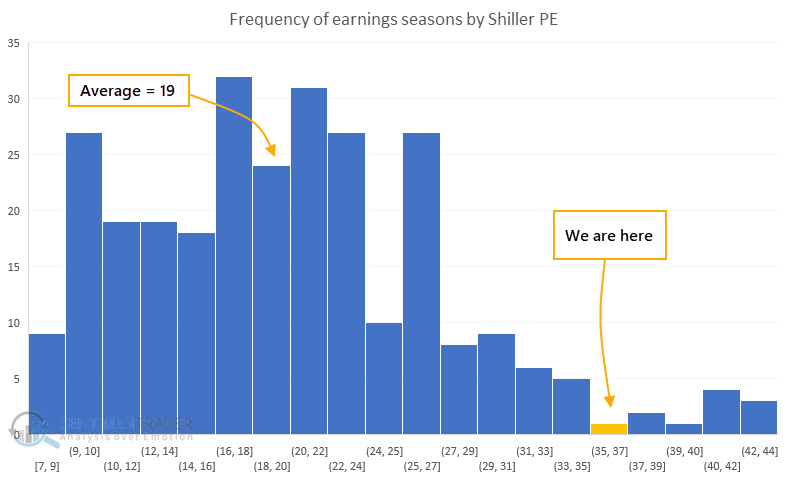 It's not a shocker that stocks are expensive, just as we head into the period that investors will be most focused on the denominator of that equation. But using valuation for short-term guidance like a single earnings season is iffy, and indeed there has been only a slight negative correlation.

The post titled A very expensive earnings season was originally published as on SentimenTrader.com on 2021-04-14.