A top-heavy market tends to topple

The big winners just keep on winning, and it's starting to unnerve a lot of investors. It turns out they have a good reason for concern.

Most of us have seen some version of a chart like this from Goldman Sachs floating around: 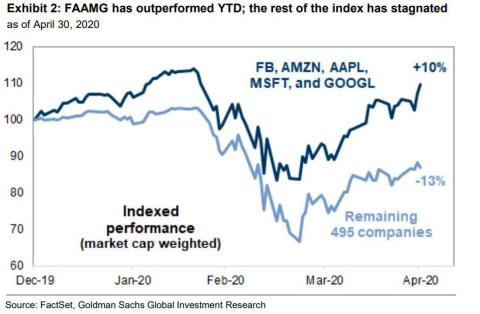 Some combination of FAANG or FAAMG (Facebook, Amazon, Apple, Netflix - or Microsoft - and Google) has been handily beating most other stocks. And that matters, because those stocks are huge, and they're driving a big portion of the gains. 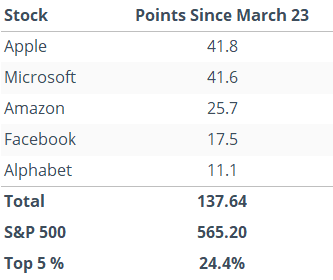 We looked at every 35-day rally off of a 52-week low over the past 30 years and compared those that were the most top-heavy versus those that were more evenly spread, meaning the top 5 stocks made up less than 20% of the S&P's gains.

There was a very stark difference between the two, with top-heavy rallies not faring well.

The post titled A top-heavy market tends to topple was originally published as on SentimenTrader.com on 2020-05-14.