A tiny market with huge volume

There is a feeding frenzy out there, and the devouring horde is roaming toward more and more speculative outlets.

It started last June with a spike in options trading, specifically calls. It reached a fever peak in late August, pulled back in September as losses piled up, then spiked again in December and continues to this day. Over the past 5 days, U.S. options exchanges have executed an average of nearly 27 million call contracts, a record high. As a result, potential selling pressure from dealers has also spiked to a record.

Even while the TikTok crowd still hasn't become bored with options, they've branched out to other avenues. That has been readily apparent over the past few weeks. As Bloomberg notes, that includes penny stocks. When January's figures are released, it's likely going to show near-record levels of volume in these lottery tickets

Even in December, this activity was starting to spike. For the first time in a decade, more than 1 trillion shares traded. Yeah, that's trillion with a "t." 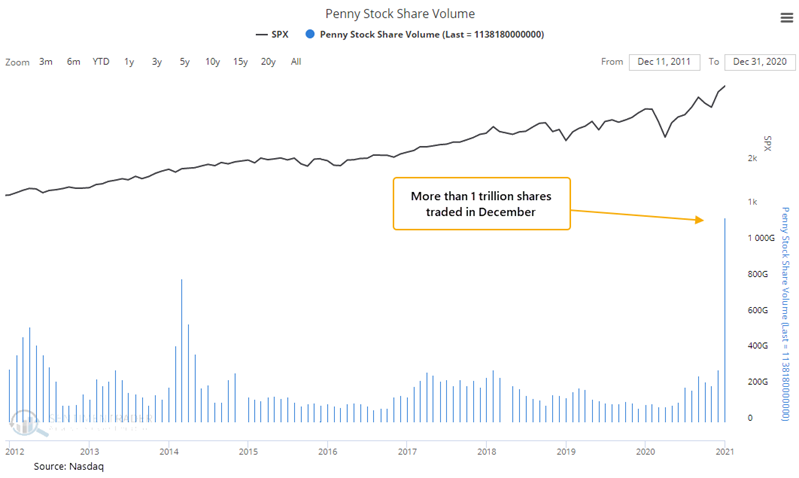 For comparison's sake, that's nearly 50 times the volume traded among securities in the Nasdaq Composite index.

A levitating market has emboldened investors to push more than $44 billion into equity funds in a single week, setting an all-time record. Source: Visual Capitalist 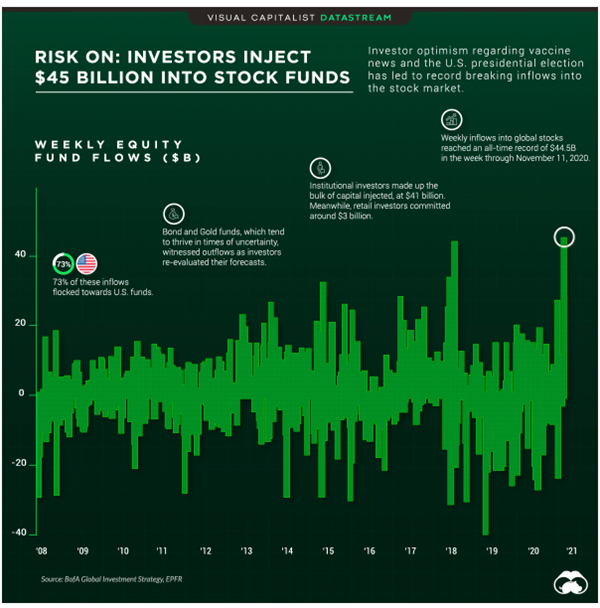 These fund flows are separate from the money moving into individual stocks. And many of those in recent weeks have been among the most speculative. Source: Bloomberg 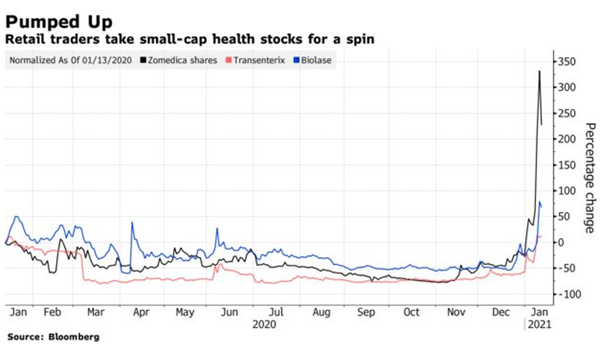 And what does Wall Street do when appetite is so voracious. Why, they feed the duck, of course. Source: Ed Yardeni via David Schawel 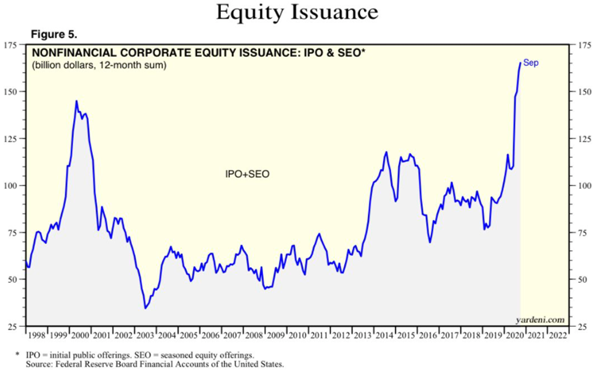 The post titled A tiny market with huge volume was originally published as on SentimenTrader.com on 2021-01-14.