A surge of small proportions

Out of all the major indexes, none are benefitting from the positive vaccine developments more than the Russell 2000 index of small-capitalization stocks.

Even without Monday's massive rally, it has performed well enough that its medium-term trend has jumped well above its long-term one, thanks to a kick-off surge in early October. Respected technician Helene Meisler noted that the 50-day average of the index has moved the most above its 200-day average since 2017.

While there have been wider spreads between the two trend measures, by the time it reached 8%, it has been a good sign for the index.

Returns were okay over the short- to medium-term but really shined over the next year. There were no losses out of the 11 signals, and the risk/reward was impressively skewed to the upside.

1. Investor behavior has allowed financial conditions to improve to the best in years - Goldman Sachs via Daily Shot 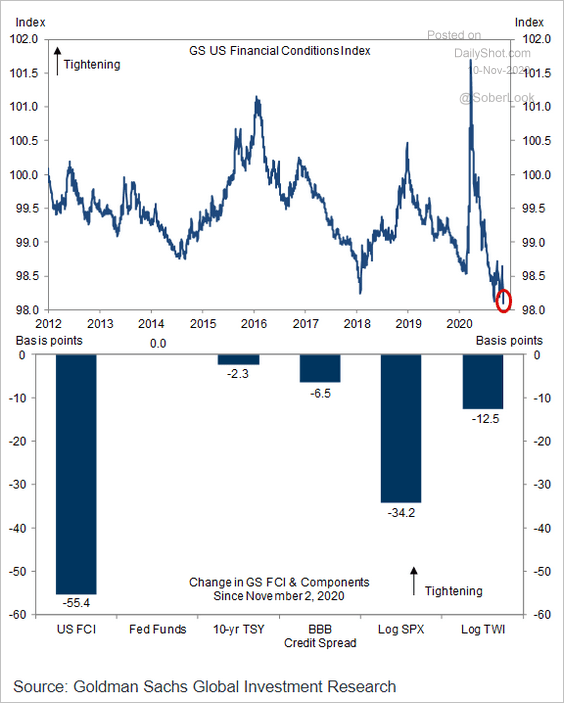 2. Investors on Twitter have never been more optimistic - Arbor Research 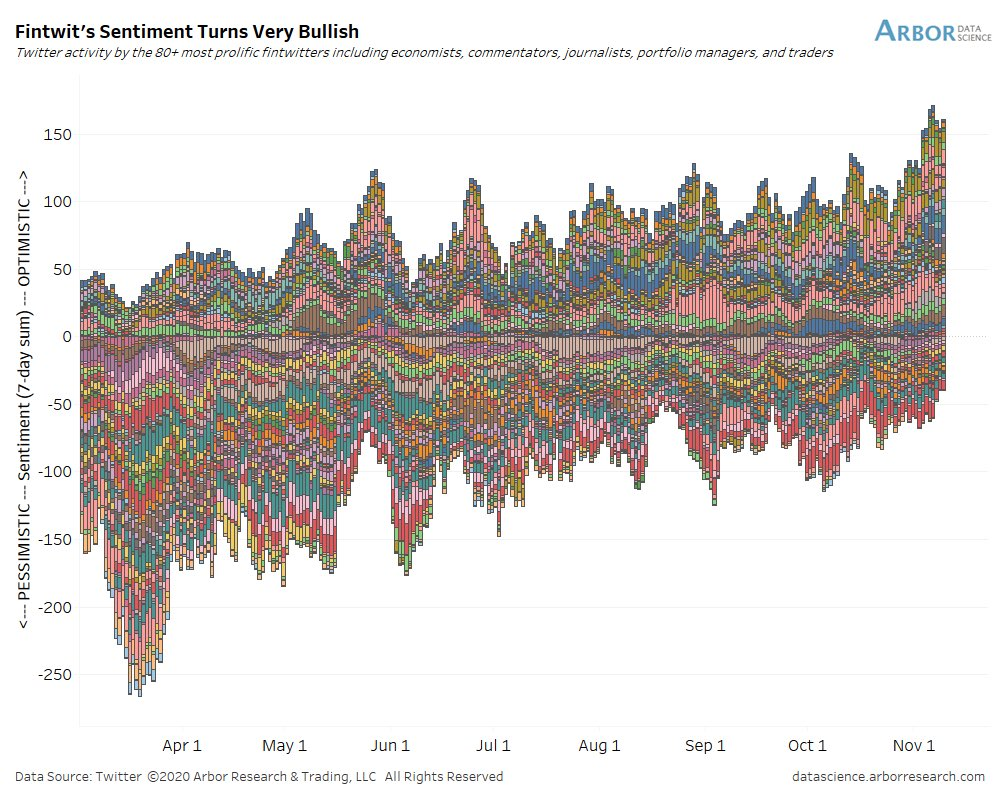 3. That's probably why they're buying a lot of call options - Urban Carmel

The post titled A surge of small proportions was originally published as on SentimenTrader.com on 2020-11-10.