Gold miners have been struggling to hold up with a multitude of cross-currents.

Over the past 20 days, an average of fewer than 12% of gold miners were trading above their 50-day moving average, which is now starting to curl higher. 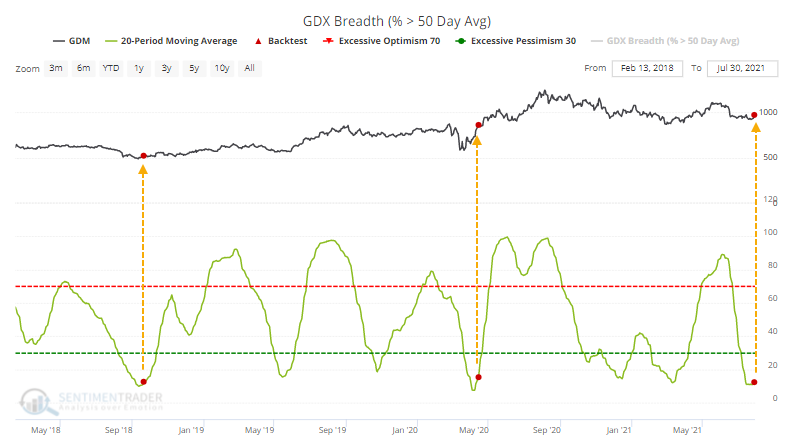 The last two times this triggered in the past few years, it preceded sustained rallies in the miners. Even lesser extremes led to further price gains.

Our Backtest Engine shows that miners often fell back in the very short-term before recovering over the next couple of months (click the Backtest Engine link to load this test).

Going back further, we can see that there was a high correlation between returns over the next two weeks and those over the next six months. The "correlation" row at the bottom of the table shows this relationship. This suggests that if buyers are interested enough to continue the nascent recovery from oversold conditions, then there is a decent probability that they will continue to do so in the months ahead.

PINned. Optimism on Indian stocks soared, with the Optimism Index on the PIN fund rising to nearly 90%, the highest since March. 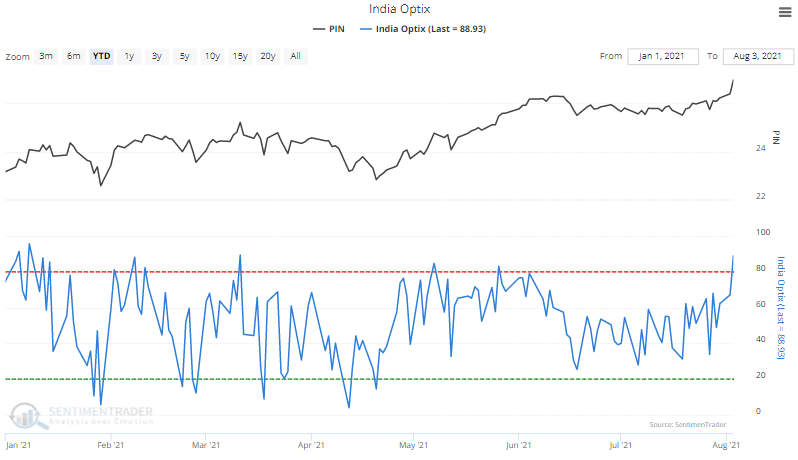 Very healthy. The McClellan Summation Index for the Health Care sector has climbed to nearly +1200, the highest in a couple of months and ranking among the highest readings in more than 20 years. 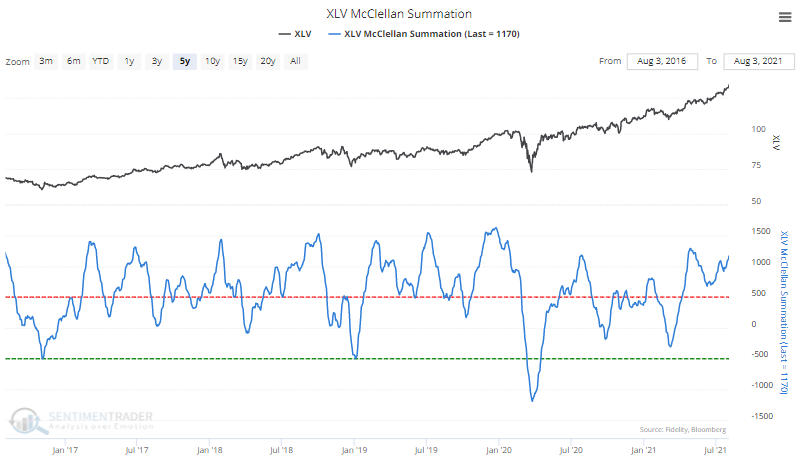 Minor recovery in miners. Nearly a third of gold miners are now trading above their 50-day moving averages, the most in over a month but below the threshold that typically defines solid uptrends. 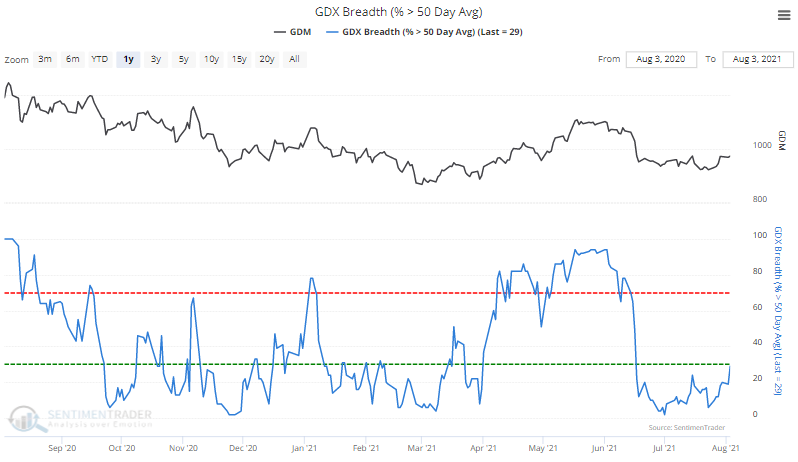 The post titled A Sign That Gold Miners Have Turned was originally published as on SentimenTrader.com on 2021-08-05.