A Sector Buy Signal with a 90% Win Rate

Financial stocks have had a big thrust in recent weeks.

The estimable Liz Ann Sonders noted that the percentage of Financial stocks trading above their 50-day moving averages has gone from a low level to a very high one.

Within 30 days, the sector cycled from having fewer than 20% of its members above their medium-term averages to having more than 95% of them above. 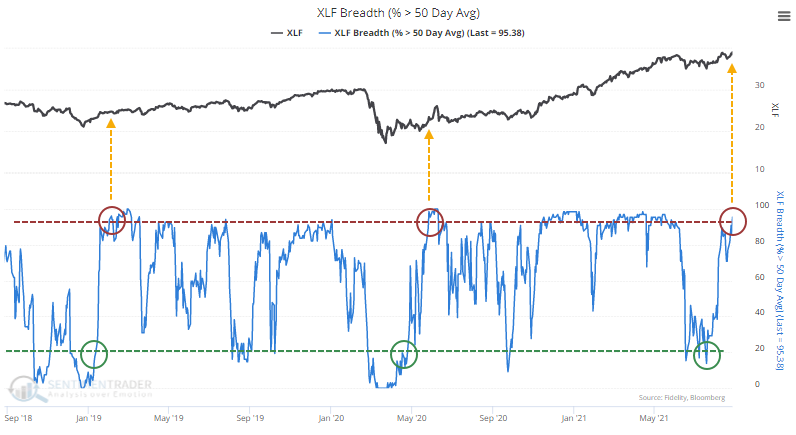 In the past five years, the only times this has triggered were February 2019 and May 2020, both leading to double-digit gains.

Whenever medium-term participation in Financials cycles from a low to a very high level in a relatively short number of days, the sector has tended to keep going. There have been 42 such signals over the past 70 years, with only 3 of them leading to any meaningful losses over the next year.

India rising. Over the past 3 sessions, the Optimism Index on the INDA fund focused on Indian stocks averaged more than 85%. That's one of the highest-ever readings when the fund was in a strong uptrend according to our Backtest Engine. 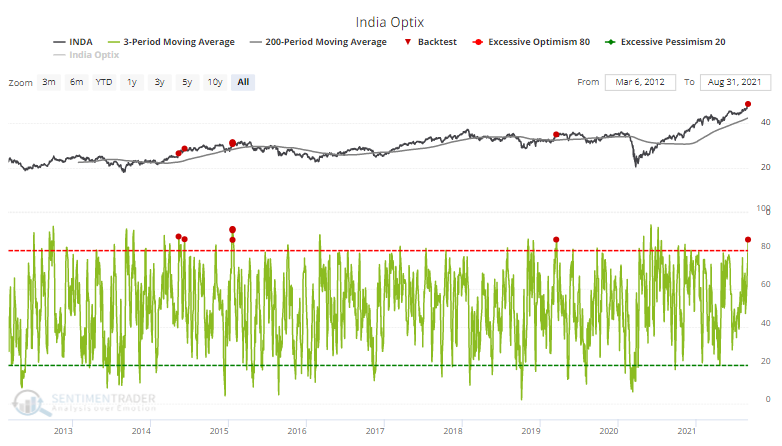 I SPY big inflows. The most important ETF in the world, SPY, took in an average of more than $2.3 billion in assets over the past 3 days. That's the 5th-highest amount in the last year. 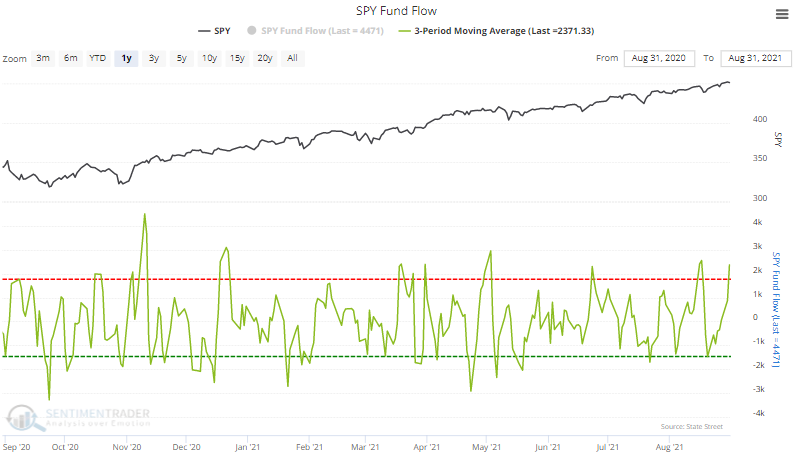 Still some value (?). Our Dividend Screen shows that there are 13 stocks in the S&P 1500 index that are paying a yield of more than 7%. 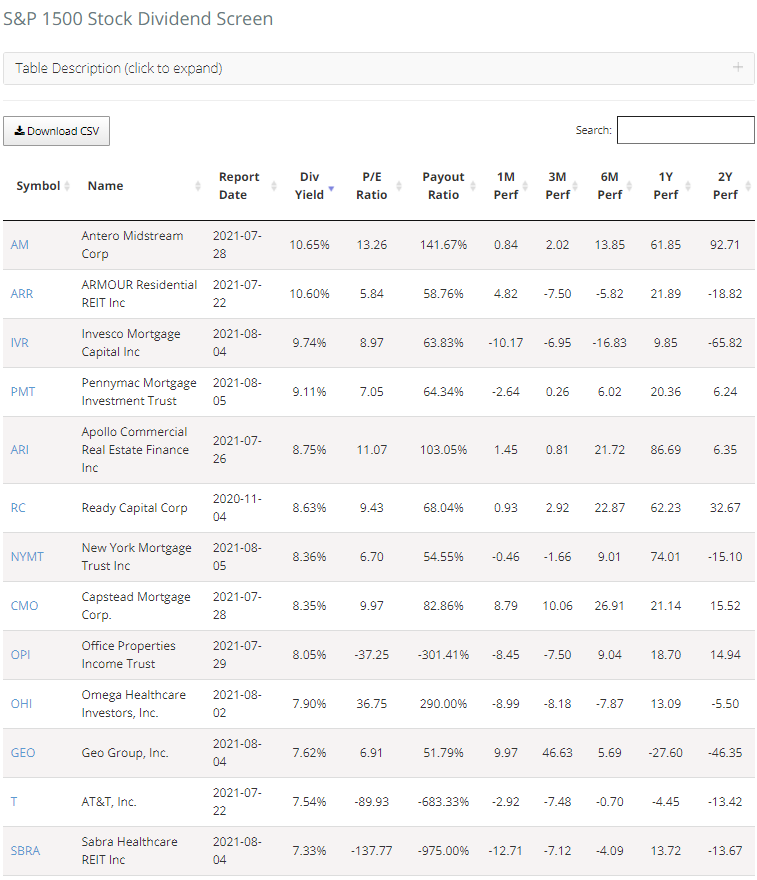 The post titled A Sector Buy Signal with a 90% Win Rate was originally published as on SentimenTrader.com on 2021-09-01.