A rough summer suggests a change in the White House

With a rise in social unrest, confusion over the pandemic response, and a highly volatile market, the probability of President Trump holding onto his office has dwindled.

Whatever one's political associations, there seems to be a clear correlation between re-election odds and the price path of the Dow Industrials. 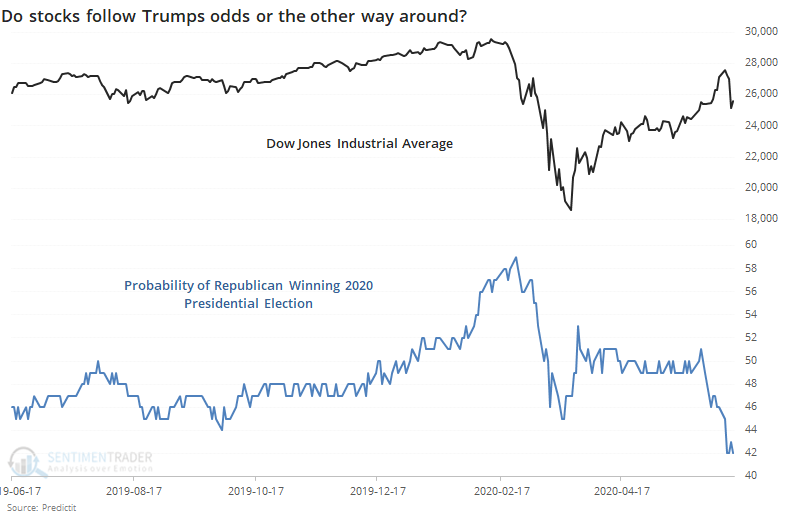 Like any correlation, it's hard to know whether it's just happenstance, or even which one might be causing the other. Whatever the underlying cause and effect, there does seem to be a rise in anxiety among traders when approval numbers drop.

We're about 100 days from the election, so if we look at returns in the Dow Jones Industrial Average once we reach the 100-days-before-election mark, depending on whether an incumbent Republican wins (or loses to another Republican) or loses to a candidate from the Democratic Party, there was a wide deviation among returns. If a Republican ended up losing to a Democrat, the summer months were rough for stocks.

The post titled A rough summer suggests a change in the White House was originally published as on SentimenTrader.com on 2020-06-17.