A Record-Setting Number Of Breakout Attempts

The S&P 500 has quickly gone from more than 4% below its prior 52-week high to within 1% of it. This is the fourth time in about 6 months that it’s tried a recovery like this, the most ever during such a tight window.

Like most things, both bulls and bears will lay claim to this pattern as confirmation of their existing bias. Bears will say it shows lack of conviction that’s doomed to fail; bulls will say there are no triple tops, so stocks must be on the verge of a sustained rally.

Most of the time, the optimists got the edge - other times it tried 3 breakouts in 6 months led to almost universally good returns over the next couple of months, though several of them then rolled over longer-term. 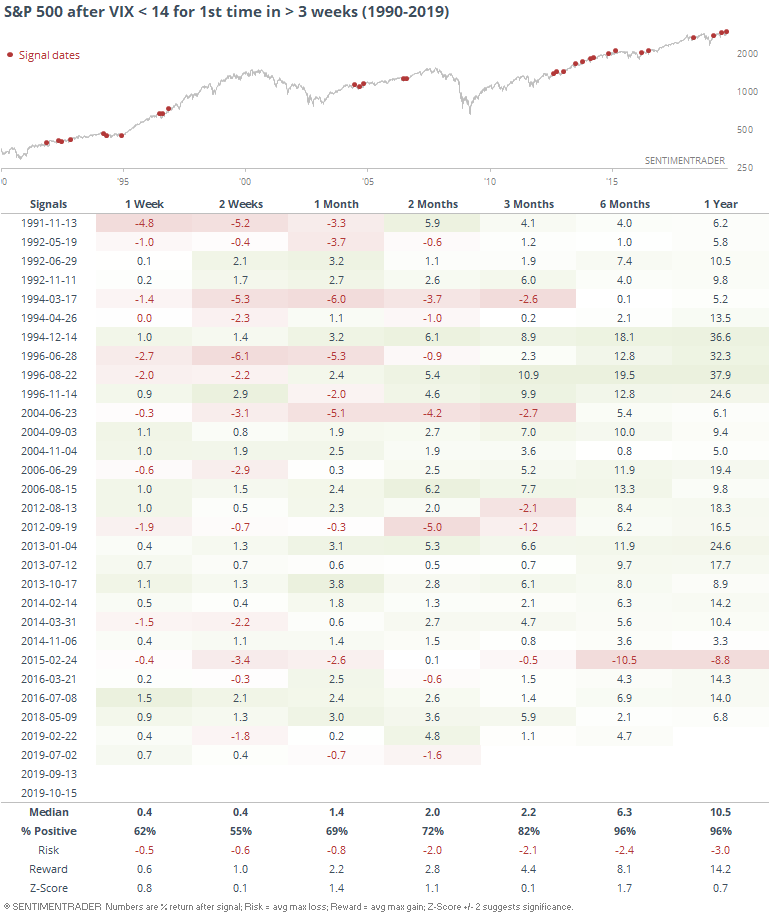 Low volatility is typically considered to be a negative for stocks, but it doesn't work as consistently as the inverse does. Generally, periods of low volatility beget even lower volatility, and a reading under 14 isn't extreme enough to (usually) put a damper on further upside. Granted, the history only goes back to 1990, the majority of which has been dominated by a rising market, so that has put a big tailwind beneath the study as well.

The post titled A Record-Setting Number Of Breakout Attempts was originally published as on SentimenTrader.com on 2019-10-16.