A record month for hoarding cash

Investors have been shoving money into the safety of money markets on a scale never before seen. In March alone, they moved nearly $700 billion into these funds, more than four times any prior monthly inflow.

As a percentage of the asset base, the jump in March was still by far the most in 35 years. 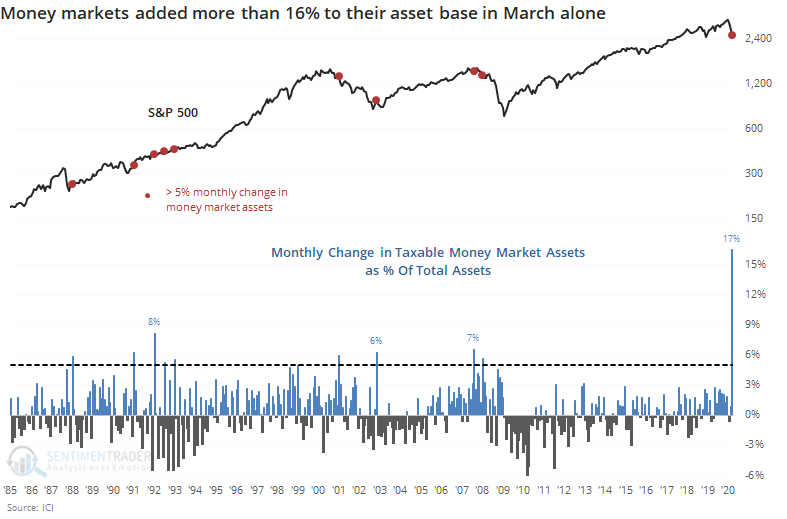 The record of these flows is not consistent as a predictor. It led to universally higher prices prior to the last two bear markets, when it was woefully early.

It's not just mom-and-pop investors. Institutions have been flooding money market funds, and mutual fund managers have raised the proportion of liquid assets in their funds.

When we look at data like fund flows, especially those released with a lag, we're only seeing the kind of activity that previously triggered near the beginning of past bear markets. Based on this data in isolation, it's extreme, but not actionable. It would take more months of heavy outflows from stocks and inflows to money markets to equate to the kinds of readings we more commonly saw at or near the ends of other bear markets, especially the last two.

The post titled A record month for hoarding cash was originally published as on SentimenTrader.com on 2020-05-04.