A New Relative Low for an Important Sector

Small-Cap stocks aren't the only ones struggling to keep up with the S&P 500's torrid pace. Financial stocks have been lagging, too, not setting a new high for more than 30 days.

Even more notably, the ratio of Financials to the S&P 500 just sagged to its lowest point in more than 90 days. The last time the two diverged to this wide of a degree was last August. 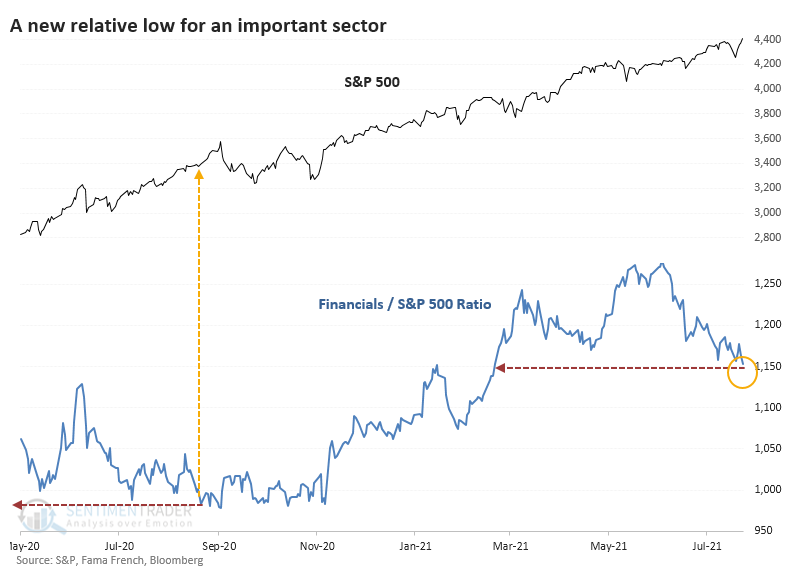 After that bout of relative weakness, it bled into the broader market, and the S&P ended up following Financials lower. Since the Great Financial Crisis in 2007-08, this kind of relative divergence has preceded weakness in the S&P each time over the next 2-4 weeks.

We've all been taught to buy the strongest groups and sell the weakest ones, and generally, that's probably good advice. In this particular situation, though, Financials have tended to rebound quite strongly during the past four decades.

Here we go again. The Bitcoin Optimism Index jumped from 17 to 88, a drastic leap as traders rushed back into the cryptocurrency. 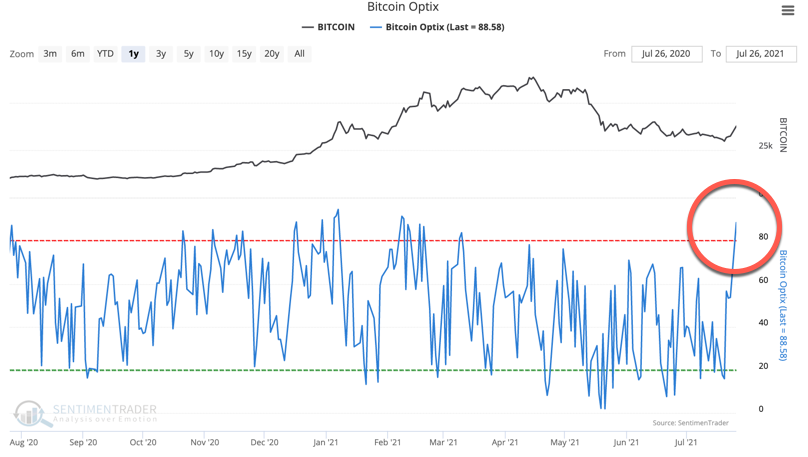 Billowing bonds. Estimated hedge Fund Exposure in bonds has dropped to its lowest point since Feb. 2020. 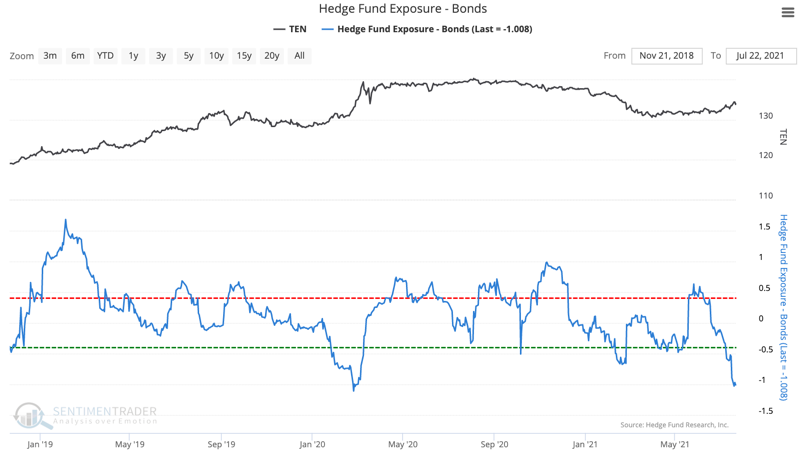 Olympic loss. The Yen has underperformed all year and has run counter to its typical seasonal pattern in recent months. The post titled A New Relative Low for an Important Sector was originally published as on SentimenTrader.com on 2021-07-28.