We saw earlier this week how this year has been among the best in history. It's even been remarkable for world markets. Within the universe of securities traded on the NYSE, this is the best market in over a decade and among the best in 60 years.

For nine months - 189 consecutive trading days - more than 65% of securities trading on that exchange have held above their 200-day moving averages. Even the remarkable momentum markets in 2013 and 2017 couldn't match this streak. 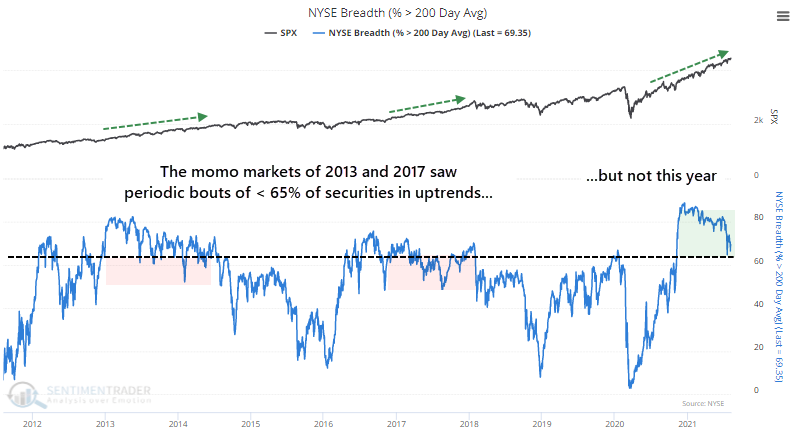 Dating back to 1927, this long of a streak has been rarely exceeded. Over the past 50 years, the only times the S&P 500 enjoyed a longer streak was when stocks began recovering following the 1970s malaise and the post-bubble bust in the early 2000s.

If we go back to 1928 and look at forward returns once we reached 189 days with more than 65% of securities above their long-term trendlines, it proved to be mostly a good sign though the medium-term of 2-3 months showed some sketchy returns.

Risk-on (and on and on). It has now been over 300 days since our aggregate Risk-On Indicator has dipped much below 50%. This is the longest stretch of risk-on behavior among investors over the past 22 years. 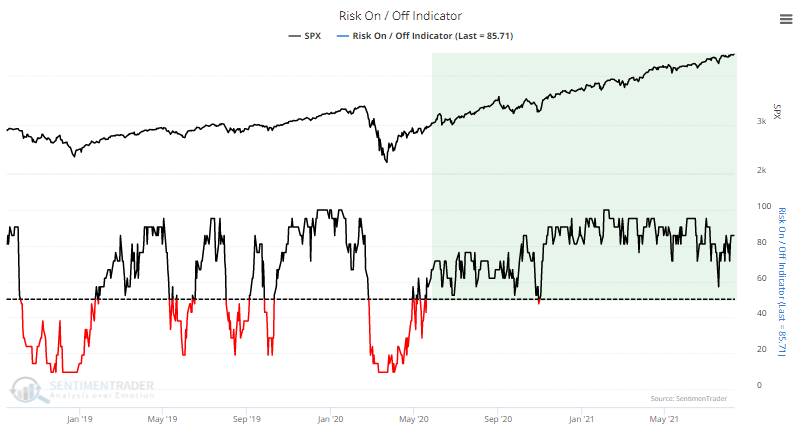 Investment worthy. Traders have been flooding into the LQD investment-grade corporate bond fund in recent days. It took in an average of more than $400 million per day over the past week, its 3rd-highest 5-day average inflow since inception. 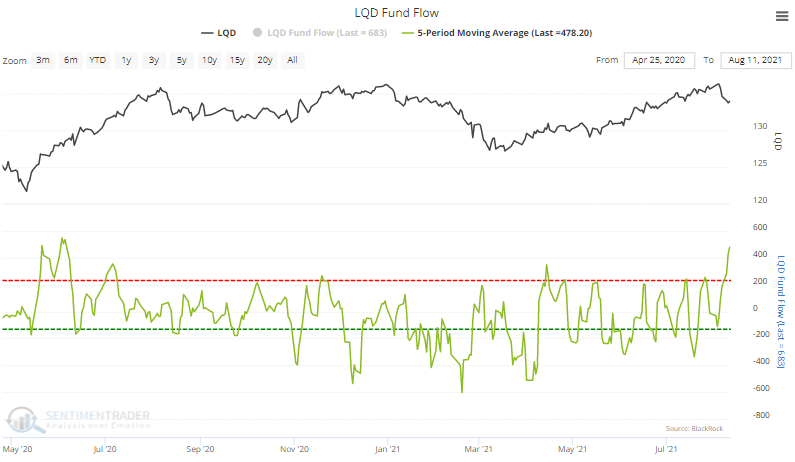 At the other end of the spectrum...Traders have been leaving the XLV Health Care fund in recent days. It lost an average of more than $250 million per day, its largest outflow of the past year. 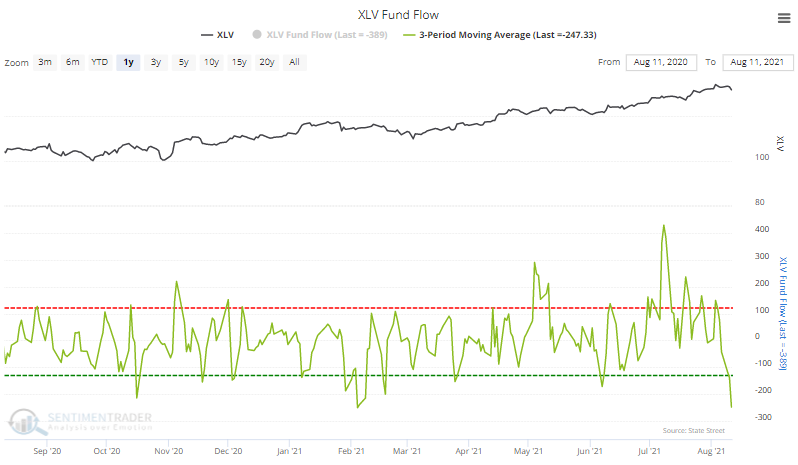