A historic spread between Staples and everyone else

Staples vs. the Nasdaq

We've already seen that internal trends have been powerful in defensive sectors like Consumer Staples but curiously weak in higher-beta areas like the Nasdaq 100. It's even more fragile in the broader measures that look at the entire Nasdaq exchange.

The percentage of Staples stocks trading above their 50-day moving averages reached 90% last week, while fewer than 25% of stocks on the Nasdaq managed to hold their medium-term trends. 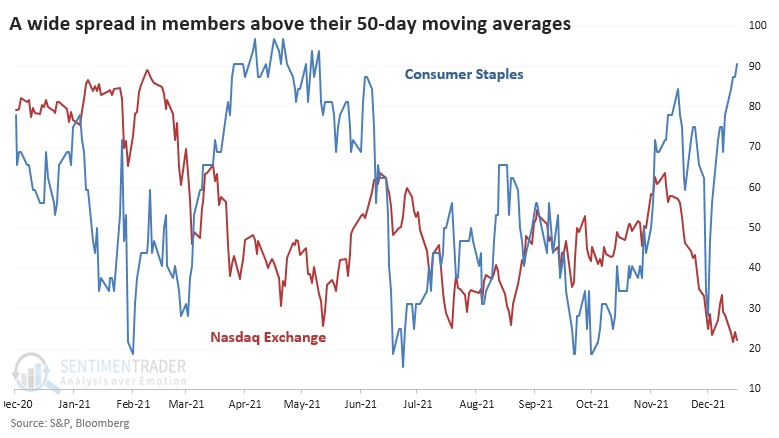 That's the widest spread in trends between the two groups in at least 30 years.

It wasn't very successful if we took this as a warning sign for the broader market. Looking at returns in the S&P 500 after every signal since 1990, only one of them preceded a large and protracted decline.

Jay showed a simple trend-following strategy that switches between emerging markets and the S&P 500.

The chart below displays the fluctuations in the relationship between EM and SPX since the late 1980s. 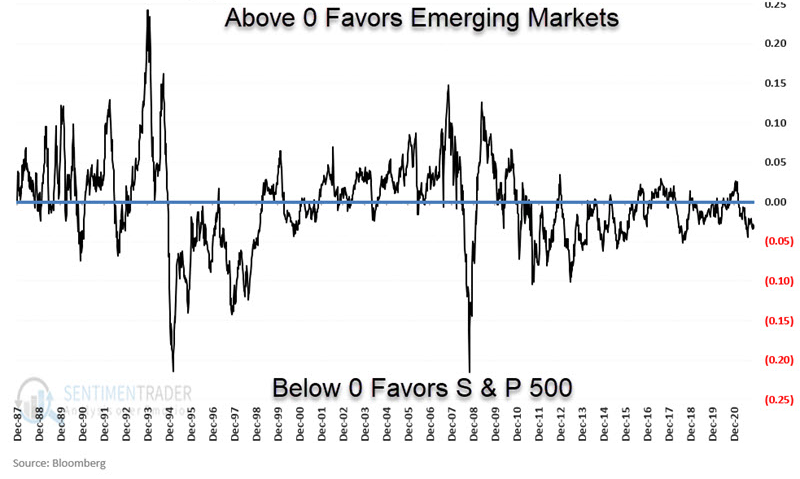 The "Switching" strategy held emerging markets if the trend was positive and the S&P 500 if it was negative. It was 100% invested at all times.

As a baseline, we will also split money evenly between the two indexes and rebalance to a 50/50 split each year's first Friday. We will refer to this as the "Buy/Hold/Rebalance" strategy.

The chart below displays the growth of $1 invested using the Switching strategy versus $1 in the Buy/Hold/Rebalance strategy. 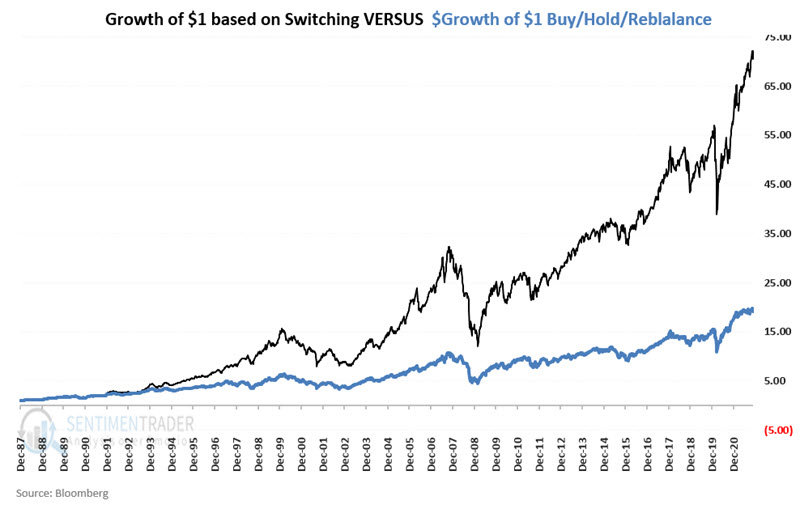 The post titled A historic spread between Staples and everyone else was originally published as on SentimenTrader.com on 2021-12-21.