A historic drop in uptrends

When stocks tumbled on Wednesday, the overwhelming number of declining issues pushed the McClellan Oscillator further below zero, to the point where it's already suggesting oversold conditions. 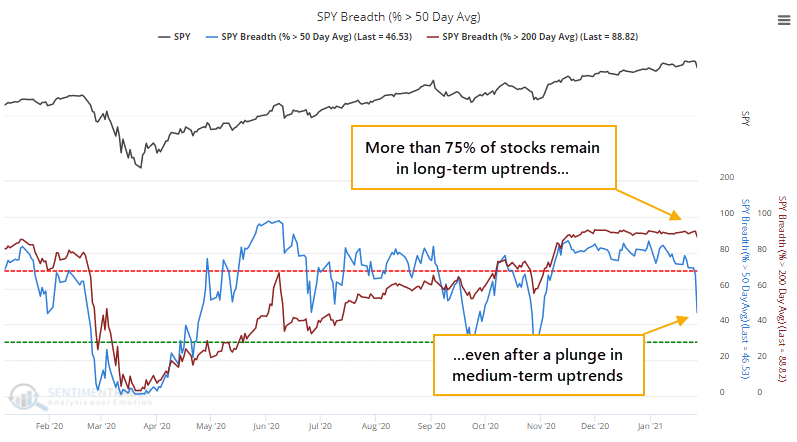 Looking at similar behavior since 1928, a swift correction in medium-term trends within the context of long-term uptrends has usually resolved to the upside, especially over the next 3-6 months. Three months later, there was only a single small loss, and the risk/reward was excellent.

Volatility jumped this week, but implied volatility jumped even more. Options traders are pricing in bigger moves than the S&P 500 is currently undergoing, bringing the VIX close to levels that can see spillover to credit. Source: Bloomberg Weekly Fix 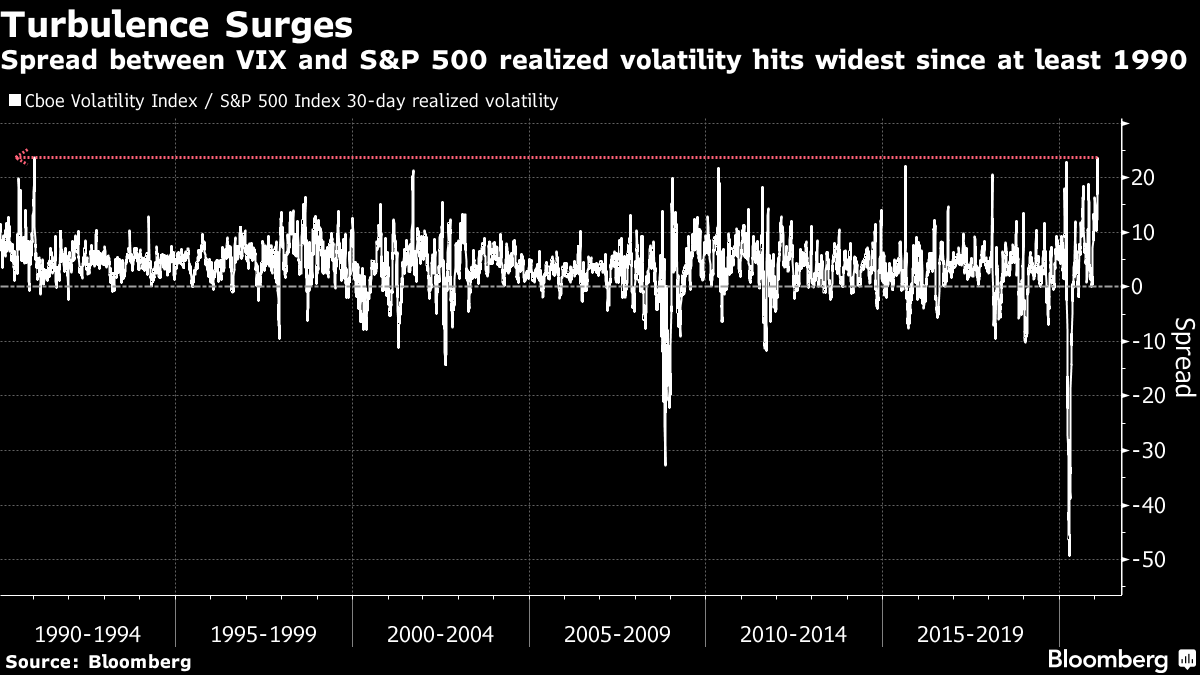 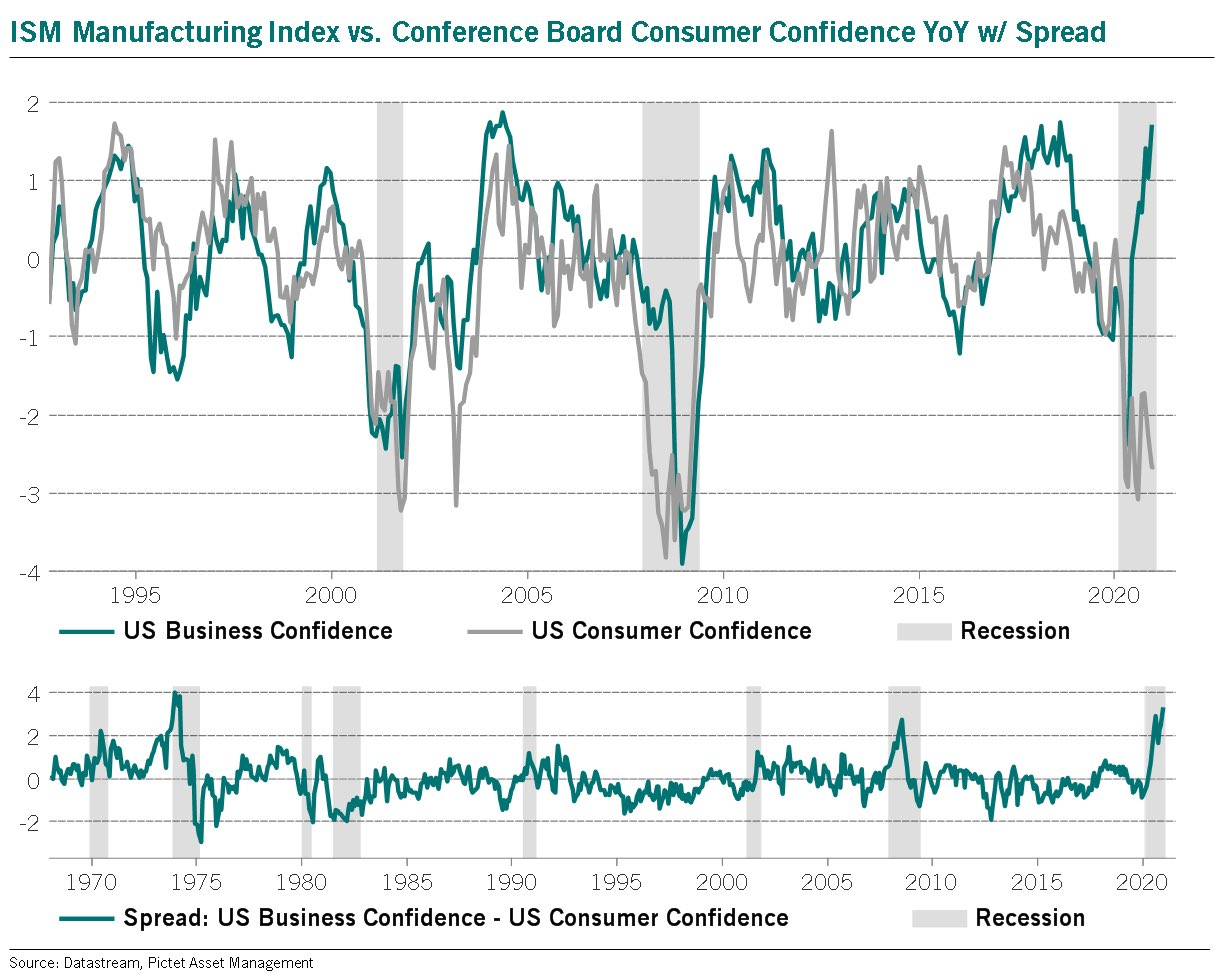 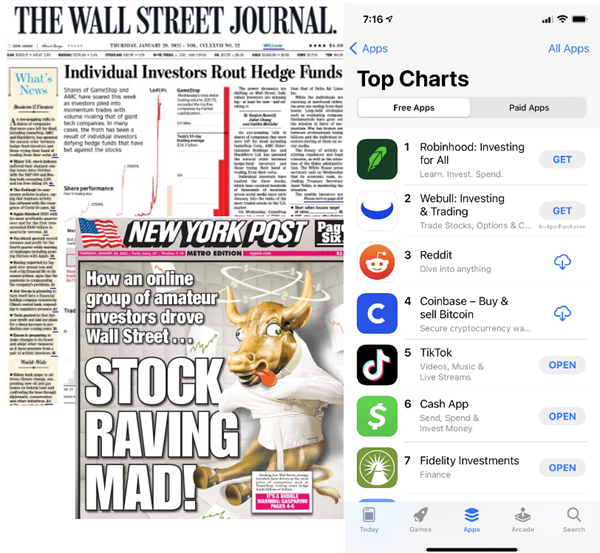 The post titled A historic drop in uptrends was originally published as on SentimenTrader.com on 2021-01-29.