A Historic Battle Between Global Stocks and U.S. Industries

Global markets are picking up, and many of them have been hitting new highs.

Recently, there has been a pickup in absolute and relative trends in many global markets, and several developing markets have been triggering internal breadth thrusts. The momentum has been enough to push 30% or more of global indexes to fresh highs in recent weeks. 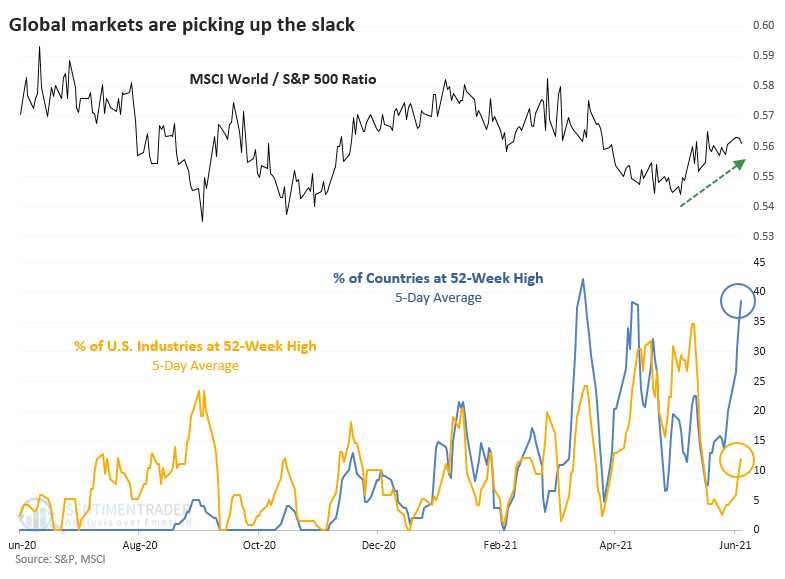 It's not like scenarios like this were a bad sign for the S&P 500 going forward. On the contrary, it usually rose, or if it lost ground, those losses were minor.

This was a better sign for world markets over the medium-term. The MSCI World Index (excluding the United States) showed some short-term weakness but consistently rose over the next 2-6 months.

Kernel storm. Our corn optix has hit its 3rd highest point in the last decade, with the other two highs peaking early this year. 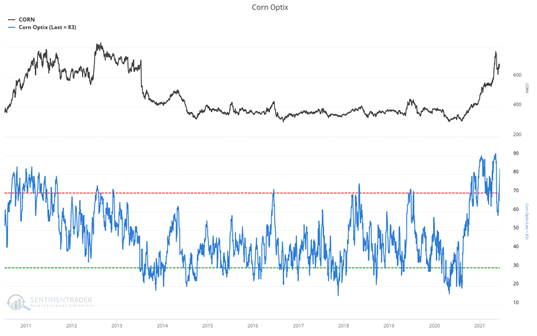 Called it. According to our Backtest Engine, total U.S. put call option volume has dropped below 0.4 for the fifth time in ten years. The few others might have shown some quick weakness in stocks, but all recovered. 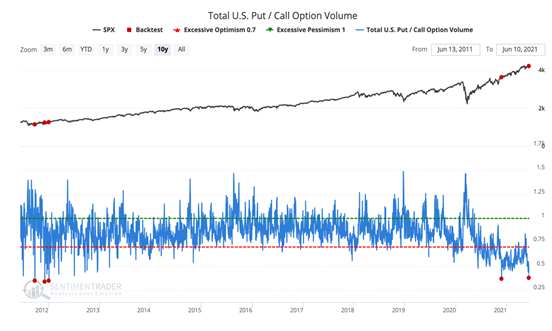 Rally cry. The equity hedging index has fallen below 13 for the fourth time in the past five years, three of them in the last two months. The low put/call ratios we've seen in recent days with help to push this index of hedging activity even lower this week. 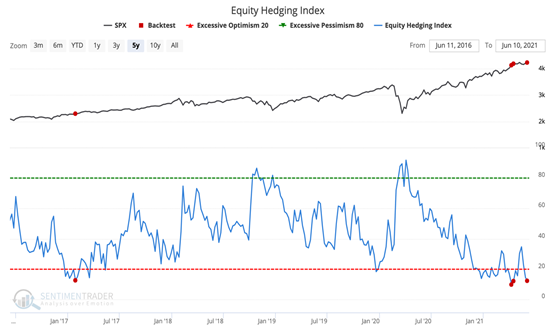 The post titled A Historic Battle Between Global Stocks and U.S. Industries was originally published as on SentimenTrader.com on 2021-06-11.