A dead-cat bounce (?) amid near-record volatility

So far this week, we’ve already had two massive rally days in relief. There’s always something to complain about, and one of the potential problems is that breadth hasn’t been overwhelming. While there was a clear “get me out” mentality last week, the huge up days so far this week haven’t quite been “get me in.”

This raises the specter that we’re just seeing a dead-cat bounce powered by short-covering - buzz words that don’t really mean anything. And we see that when stocks rally hard on below-average breadth, it hasn't been the terrible sign it's made out to be. Long-term, though, returns were better when we saw true 90% up days.

The U.S. stock market continues to experience large daily swings. A 7 day average of the S&P 500's daily high/low range is at the highest level since the August 2011 stock market crash: 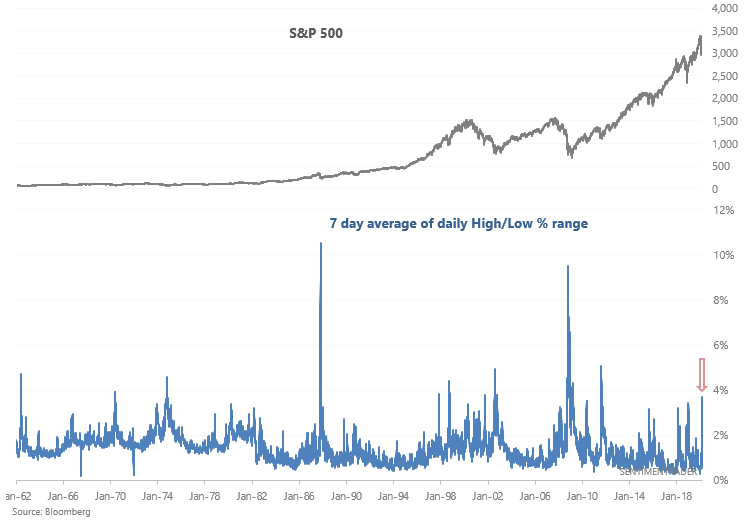 Some cases saw the S&P bottom immediately, while others saw large losses followed by a rally. In times like this, it's usually better to focus on medium term risk:reward than to be driven insane by the market's large intraday movements.

The post titled A dead-cat bounce (?) amid near-record volatility was originally published as on SentimenTrader.com on 2020-03-05.